How ASUU Can Think Out of The Box 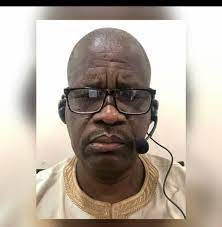 Again, ASUU is on strike. Again, students are at home. Again, the blame game has started between them and the government. They may soon be called to the table for another round of negotiations and then an agreement that will not be honored by the government. Then they will declare strike again. Type same cycle over and over again.

It is time for ASUU to know that strike is no longer a good strategy that will bring the needed change. There is a need to think out of the box. I have a suggestion that may help.

Whenever there is a strike, students go back home and become an additional liability to their parents. The parents feel it. The students feel it. So, they ask for a resolution. Sadly, however, nobody in the government feels any impact of the strike.

Their children are not in those universities, so they don’t come into direct contact with the impact. Their kids are abroad or in private universities.

If they can go on strike for that, all the masses will identify with them. The struggle will become not for ASUU alone. It will become universal. Electorates will demand that. The government will have no option. They will be forced. Their children will be forced to be with the rest in the “rotten” universities.

The ministers and legislators and everyone will eat from the same pot. All will be forced to pay attention to the decay and do something about it, if not for the nation but for themselves.

This may be a first step towards bringing some structural change.

TNM: A Force to The Rescue