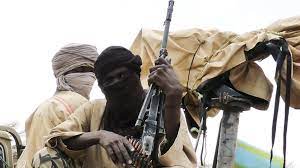 The current level of insecurity bedeviling Sokoto state and the new method employed by bandits in abducting and kidnapping their victims has strongly indicated that they were eyeing the state capital for their heinous crimes.

Most of the abductions and kidnappings taking place now in the state are within a radius of fewer than 20 kilometers away from the Sokoto metropolis.

According to Tureta local Government chairman who recently relocated to the metropolis from his Local Government headquarters for the fear of being Kidnapped, said no fewer than 17 persons were killed or kidnapped in the last few weeks.

He said when vigilante groups in the area tried to engage kidnappers while taking their victims to their hideout, they killed all the 5 kidnapped victims.

“Three wives and 3 children of the People’s Democratic Party (PDP) stalwart who represents the area in the state executive council of the party were also kidnapped over the week, we are still negotiating with the bandits after they demanded 70 million Naira as Ransome,” he added.

He also said another 3 persons were killed with unspecified numbers abducted in separate attacks in three other communities.

The affected communities are in Dange/Shuni, Bodinga, and Gada local government areas.

The attacks, according to the source were launched on communities by suspected fleeing bandits who escaped onslaught in Sokoto East by the joint security operations code-named ‘Operation Sahara Storm.’

Alhaji Umaru Gidan Gara, Chairman Dange/Shuni local government council who confirmed the incidents, said three persons were shot dead by the bandits during the attacks that also led to the abduction of no fewer than 17 persons in Wababe, Tafkin Kaiwa, and Dan Kaiwa villages.

Gara, said relatives of the abductees have started bargaining for their ransom.

He expressed sadness over the current insecurity in the area which he said is causing a great threat, “our people fleeing their villages in batches to headquarters of local government as refugees seeking for shelter.

“Now the suspected bandits have resorted to the village-to-village attacks driving away livestock, taking foodstuffs, and abducting people for ransom.

“We are in a dilemma as the threats by bandits are beyond the local government’s ability to handle. I am appealing to the state government for support in curtailing the trend.

“The suspected bandits also killed a member of a vigilante group and abducted six other family members during an attack on some of the villages very close to security checked points in Tureta.

Gara explained that the kidnapped victims mostly women were later released after the payment of N5 million ransom.

An eye witness and resident of Bodinga town, Malam Abdullahi Bodinga said bandits have been terrorizing and unleashing attacks on people across communities in the area.

“Even recently, communities in Kaurar Miyo village in Bodinga area took the bull by the horn that led to the killing of a suspected bandit. Though a woman was killed in an effort to resist being kidnapped, as a result, five persons were also abducted,” he confirmed.

However, the spate of attacks by the fleeing insurgents poses serious threats and worries to residents of Sokoto metropolis majority of whom only returned back to their homes in the late hours of the night.

Sokoto, the state capital is densely populated with refugees whose villages were attacked and some set ablaze, women and children were of the majority roaming the streets seeking alms and shelter.

Poverty as an issue in disability in Kogi