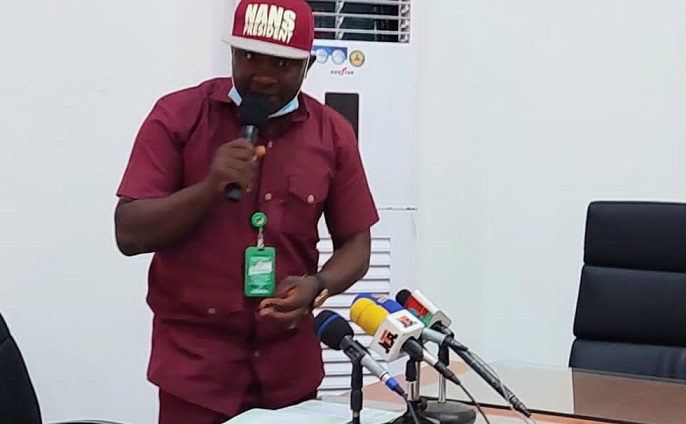 The National Association of Nigeria Students (NANS) has issued a one-week ultimatum to the Federal Government to resolve its disagreement with the Academic Staff Union of University (ASUU) or face a national mass action by all Nigerian students across the country.

President of the students’ association, Sunday Adedayo revealed this in Sokoto shortly after signing the reviewed Constitution of the association at Sokoto state government house on Monday.

Mr. Adedayo said the student’s union has given the federal government between now and the 28th of February to meet and resolve the issue with ASUU or face a national mass action by Nigerian students.

He described as unfortunate the attitude of the federal government who he accused of playing hide and seek with ASUU since 1999 when the government signed the agreement with the academic union.

Mr. Adedayo said the government has bastardized the education system at the primary and secondary level and NANS is not going to open its eyes and watch it destroy the tertiary education.

NANS is in Sokoto for its constitutional review conference where it reviewed the forty years Constitution at the Sokoto State University.

Speaking earlier, Sokoto state governor Aminu Tambuwal appealed to the Academic Staff Union of the University to find a way of resolving their disagreement without embarking on strike.

Governor Tambuwal also called on the federal government to find a way of meeting the demands of ASUU despite the fact the country is facing economic challenges.

He advised the academic union to find a way of resolving a crisis other than strike action that has affected the academic pursuit of Nigerian students.

Fuel Scarcity: Litre of petrol sells for N500 in Sokoto