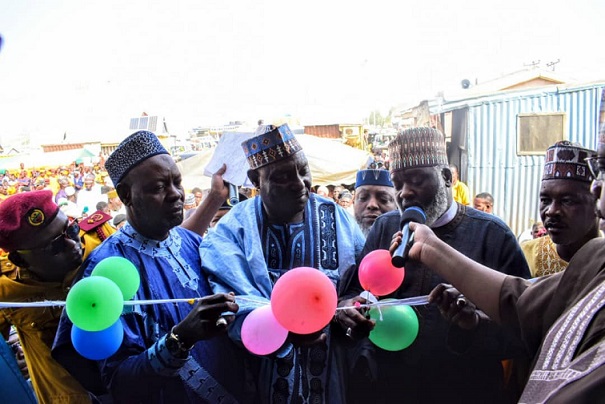 Road Transport Employers Association of Nigeria (RTEAN) have been commended by the Kano State Governor Dr. Abdullahi Umar Ganduje for their contribution to the growth of the economy through the creation of job opportunities for the youths in the transport sector.

Hassan Musa Fagge, the Chief Press Secretary to the Deputy Governor of Kano, in a statement on Tuesday quoted Governor Abdullahi Ganduje at the launch of RTEAN Kwanar Dawaki Motor Park new office saying “We are really proud of you (RTEAN) having recognized your contribution to the improvement of the transport sector through engaging our youths to have jobs he said.”

The Governor was represented at the occasion by his Deputy Dr. Nasiru Yusuf Gawuna.

According to the statement, the Deputy Governor noted that by employing thousands of workers at Kwanar Dawaki Motor Park, RTEAN is complementing the efforts of the State Government towards ensuring that the youths have jobs.

The Governor urged the leadership of RTEAN in the State to continue to enlighten their members about traffic rules and proper maintenance of their vehicles.

He appreciated the effort of the RTEAN Kwanar Dawaki Chapel for opening a new office for its members… and urged them to use it accordingly.

Governor Ganduje also assured of continued support and cooperation of the State Government so as to ensure the transport sector thrives.

In their separate remarks, the State Chairman of RTEAN Mustapha Jibril Jibson and Danladi Baba Chairman of Kwanar Dawaki RTEAN Chapel expressed appreciation to the Kano State Government for initiating policies aimed at repositioning the transport sector and however said the new office is meant for the running of daily activities of the association.