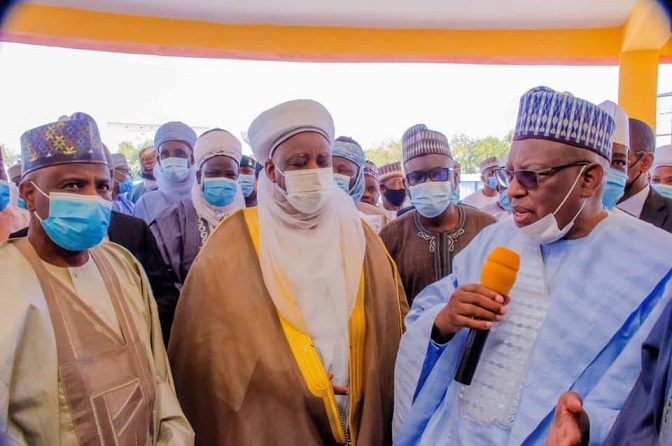 Sokoto state government has in conjunction with the Universal Basic Education Commission (UBEC) constructed and commissioned a state-of-the-art Smart School in Sokoto to enhance learning among children of various school ages in the state.

The Executive Secretary of the Commission, Dr. Hamid Bobboyi on Wednesday while commissioning the universal basic education model smart school in Sokoto said the smart school is the first of the 37 such schools being built by the Commission in the 36 states of the federation and the Federal Capital Territory.

Bobboyi explained that the UBE model school is a UBE center housing pre-school, primary, and junior secondary sections, which activities are facilitated by multi-media technology and information technology.

The new school which is situated on the premises of Sultan Abubakar college Sokoto would consist of an e-library, ICT center, gymnasium, football pitch, and laboratory.

The executive secretary however exclaimed that Sokoto State Government would be responsible for ensuring that standards of basic schools are improved across the state.

He said the State Government would be responsible for the recruitment of teachers and other staff as well as their emoluments.

Boboyi further stated that states Governments where Smart schools are situated are to provide adequate security for teachers, school staff, and provision of needed school equipment.

According to him the admission of teachers would be the responsibility of the State Government which would conform with mutually agreed guidelines between UBEC and Sokoto State.

“This school is no more than a model which the State Government is expected to replicate across the state for the journey towards achieving universal digital literacy which cannot be assured by one smart school.

“Sokoto State should endeavor to provide utilities and personnel in all its UBE Schools, to expose learners to a similar experience that those in the other parts of the country are experiencing.”

In his remarks, Governor Aminu Waziri Tambuwal commended the Universal Basic Education Commission for siting one of their best Schools in Sokoto state.

He said Sokoto state government has committed lots of resources in the last 6 years in construction and rehabilitation of schools across the state,

The governor further said the state is currently constructing a multi-million-naira Girls Science Academy to complement those already in existence in other parts of the state.

Tambuwal noted that the state government has since committed over 20 percent of its annual budgetary allocation to the education sector based on the international approved standard.

Earlier, the Sultan of Sokoto, Alhaji Muhammad Sa’ad Abubakar described the idea of establishing the school, particularly its being ICT compliant, as a step in the right direction.

He thanked the civil servants in the state for their sacrifices in supporting the education levy, which a committee he heads to improve education in the state, has been utilizing to record remarkable achievements.