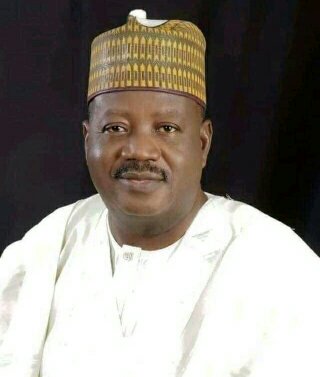 Social Democratic Party (SDP) Stalwart in Kebbi state and former member of the house of representatives honorable Salisu Garba (Jarman Koko) has decamped to All Progressive Congress (APC) splinter group under the leadership of former Governor of the state Senator Adamu Aliero.

Hon. Koko made the declaration while meeting with Representatives and leaders of the SDP in Koko/Besse and Maiyama federal constituency which he formerly represents at the National Assembly in 2019.

He said in the year 2019 APC primaries his supporters in the constituency were robbed of their mandate when they massively cast their ballot to him but only to be snatched by the incumbent Governor of the state Senator Atiku Bagudu in a bid to institute his stooge.

According to him, the injustice made to his supporters during the primaries to look for an alternative political party to pitch tent with which made them massively join the SDP.

He said since then, he and his followers have been in opposition with the present leadership of the not until now when they took the decision to join the splinter wing of the APC led by Senator Adamu Aliero.

The former national Assembly-member while speaking to journalists said he and his thousands of his supporters were moving to senator Adamu Aliero led the faction of the APC in their bid to salvage the state from nepotism and injustice which according to him become the order of the day.

“Kebbi state is known to be an equity state where governance is done strictly based on equitable sharing formula but today it had since turned to family and friends’ system of administration ever since when the present Governor assumed leadership,” says Koko.

“I am optimistic that, with Senator Aliero leading us in APC, Kebbi state would recover its lost glory as a result of maladministration and poor leadership of the incumbent Governor “

The former legislature however commended his supporters for their steadfast loyalty to SDP in the days of the opposition, adding that they have under demonstrated their commitments to see the development of Kebbi state and its people.

It could be recalled that the former legislature used his influence to secure federal employment to over 200 young graduates in the Koko/Besse and Maiyama federal constituency at the time of his tenure in the National Assembly.