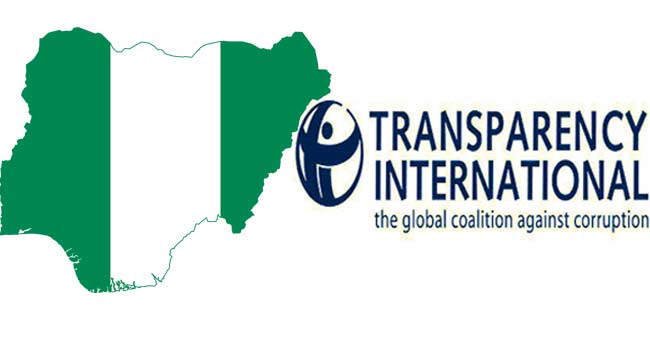 In a statement made available to Stallion Times on Tuesday by Civil Society Legislative Advocacy Centre (CISLAC), the Head of Transparency International-Nigeria and the Chairman, Board of Trustee, Amnesty International-Nigeria Auwal Ibrahim Musa (Rafsanjani), the index reveals t Nigeria scored 24 out of 100 points in the 2021 CPI, falling back one point compared to the 2020 CPI.

In the country comparison for this year, Nigeria ranks 154 out of 180 countries – five places down compared to the 2020 CPI results.

According to the statement, this is Nigeria’s second consecutive year of a downward spiral on the TI’s Corruption Perception Index (CPI).

The CPI aggregates data from 8 (eight) different sources that provide perceptions by country experts and business people on the level of corruption in the public sector.

The index is completely impartial, objective, and globally acknowledged as the most widely used cross-country parameter for measuring corruption.

“This CPI result comes at a point when Nigeria as a country is battling with rising nationwide insecurity, a high unemployment rate, and damning revelations around public finance management by the auditor general and investigative journalists, amongst others,” the statement added.

Accordingly, CISLAC/TI-Nigeria have listed key weaknesses to explain why Nigeria may not have improved in the fight against corruption. We feel that these areas require immediate improvement for the sake of the well-being of ordinary Nigerians and the economy.

Others are Judicial Challenges, Corruption in the COVID-19 Response, Twitter ban, shrinking civic space, and intimidation of human rights defenders.

To improve the ranking, CISLAC/TI-Nigeria advised that Nigeria should implement the following recommendations;

Also, other arms of government need to be involved in the fight against corruption. It should not be left to the executive arm alone.