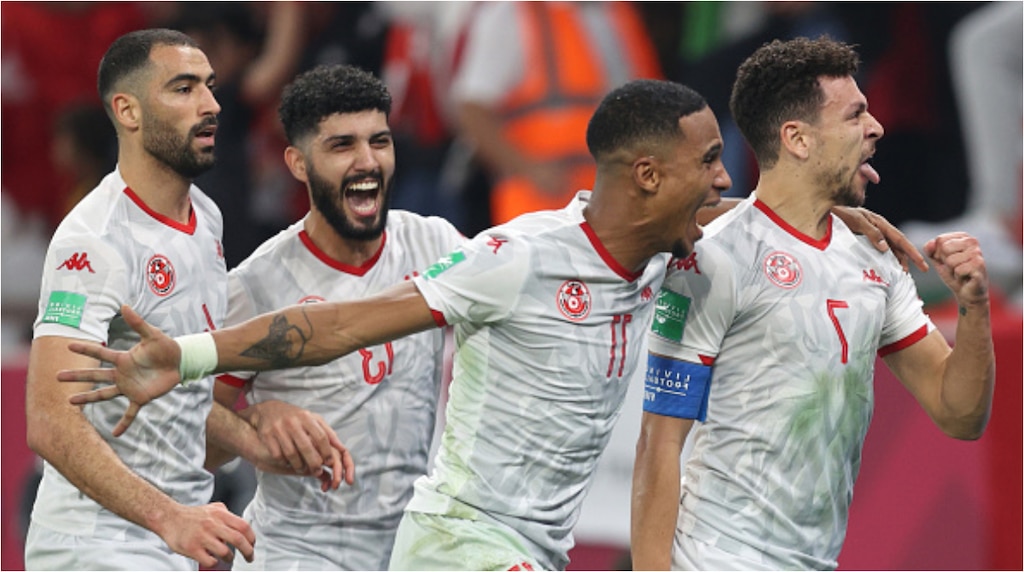 The Super Eagles are out of the 2021 Africa Cup of Nations after falling to a narrow 1-0 defeat to Tunisia’s Carthage Eagles at the Roumde Adjia Stadium in Garoua.

Youssef Msakni scored the only goal of the encounter shortly after the interval.

And despite Nigeria’s best efforts, complicated by a VAR-reviewed red card to Alex Iwobi, they could not find the equalizer their performance merited.

A cagey first half had its highlights, the first of which arrived when Wilfred Ndidi flashed an overhead kick wide in the second minute as Nigeria looked to stamp their authority early.

But the first real chance of the evening fell to the Tunisians, but Wilfred Ndidi came to the rescue with a goal-line clearance.

Nigeria responded almost instantly through Joe Aribo, but the Rangers man, after receiving a decent ball from Moses Simon, saw his shot blocked at the last second.

The Carthage Eagles were rattled and could have conceded just past the quarter of the hour, but Taiwo Awoniyi could not get his head to make contact with a side-footed Samuel Chukwueze cross.

The Villarreal winger and Aina again combined well on the right flank before the Chelsea academy product sent a low cross into the box, but the ball arrived behind Awoniyi.

But the rest of the half fizzled out without much goalmouth action as both teams were content keeping the ball away from their area as much as possible.

Moments into the second half, though, Tunisia broke the deadlock after a fierce Youssef Msakni drive left Okoye with egg on his face.

It was the first time the Augustine Eguavoen-led side would concede the first goal at the Afcon in Cameroon.

The Super Eagles reacted well, raising the tempo of their play, but the ball did not fall kindly to any of Awoniyi or Iheanacho as they pressed for an equalizer.

But the evening took a turning for the worst for Nigeria when the Eagles were reduced to ten men. Iwobi, minutes after coming off the bench, was shown a straight red card for a rash stamp.

Still, Simon should have equalized for Nigeria after a Peter Olayinka cross found him in the box. But goalkeeper Ben Said kept out the Nantes man’s shot.

Okoye saved a fierce Tunisian drive as the North Africans exploited the spaces left behind by the attacking Nigerians.

The Super Eagles were relentless, though, and Simon flashed a free-kick just wide after good work from Umar Sadiq.

Ndidi sent another shot wide when well-placed and Sadiq missed another sitter late on as the crucial equalizer eluded the Super Eagles.

Nigeria’s 100% record in Cameroon ends on a sad note. The Super Eagles leave Cameroon with Tunisia progressing to face Burkina Faso in the quarterfinals.