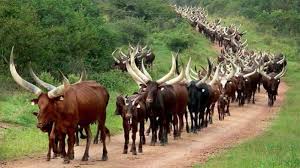 Public awareness and knowledge have been identified as essential elements in addressing issues regarding stock routes management in Kano state.

The chairman of the state Stock Routes Demarcation Committee, Dr. Junaidu Yakubu Muhammad stated this during a meeting of the committee in Kano, explaining that competition and conflicting interests regarding the routes can be resolved through public enlightenment and systematic community engagement.

This was contained in a statement by the Project Communication Specialist, Kano State Agro-Pastoral development Project (KSADP) Ameen K. Yassar.

“In Kano and across Nigeria, stock routes are a vital component of livestock production systems, especially in the movement of livestock and herdsmen. Regrettably, the routes are increasingly being encroached or blocked, often leading to conflict between herdsmen and farmers.

“However, there is a need to protect the stock routes in order to sustain livestock production and mitigate the crisis, in the context of increasing pressures on land,” the statement added.

Dr. Yakubu, who is also the Managing Director, Kano State Agricultural and Rural Development Authority, KNARDA, maintained that taking undue advantage of the stock routes can be stopped if farmers and other stakeholders are made to understand the implication of encroachment of the routes, for farming space or for infrastructural use.

“Reclaiming the routes, arbitration, and dialogue between farmers and herdsmen, with the support of our traditional leaders, are the pillars of resolving the farmers-herdsmen conflict and ultimately, the foundation of peace in our rural communities.”

In his remarks, the State Project Coordinator, KSADP, Malam Ibrahim Garba Muhammad, explained that the project, funded by the Islamic Development Bank and the Lives and Livelihood Funds, as part of its conflict mitigation strategy, will support survey, demarcation, documentation, and gazettement of 1,950 major and minor routes in the state, adding that administrative procedures have been completed for recruitment of a consultant for the work, within the next few days.

He lamented that for several years, herdsmen and farmers have engaged each other in conflicts that have threatened peace and stability in several places, with negative consequences on food and nutrition security, as well as the economic development of the state.