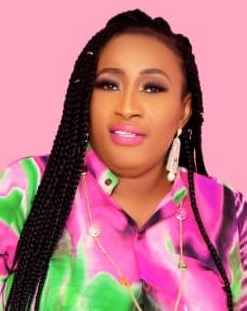 The airwaves have been inundated with the call for a power shift from the North to the South even though zoning and rotation are not expressly provided for in the 1999 Constitution handed down to us by the Military under Gen Abdulsaalam Abubakar rtd. It is an internal arrangement by political parties aimed at balancing power and stemming the crisis that may arise if a particular people continue to hold on to power.

Since the return to democracy uninterrupted in 1999, this arrangement has received some sort of stability at the Centre and in most states. While we have practiced the North-South rotation, the dynamics are shifting to the six geopolitical zones with the North and South having three zones each.

The rotation along the zones seems to be threatened towards the build-up to the 2023 General elections. The South is where the battle will be fought and the victory will be in the North.

The silence of the Nigerian Constitution, as well as the Electoral Act as amended, is the catalyst for the coming implosion in the South as some political gladiators from the South West and by extension, the South-South are already throwing their hats into the ring.

The South East which is the only zone in the South to have clinched the top job, ordinarily in the spirit of Equity and Fairplay is facing an impending self-destruct with the ideals of the apex Igbo Socio-cultural organization, Ohaneze Ndigbo being weighed on a moral scale.

The group believes that the Igbo people are also found in other states other than the South East, thereby making it difficult to deny their kith and kin from Rivers, Delta, Benue, Bayelsa, Cross River, and Akwa Ibom the right to contest for the Presidency in 2023.

It is gradually becoming an individual race as more persons indicate interest to run. Those who insist on the Zonal arrangement have also forgotten that the North with two opportunities – late Musa Yar’Adua and Muhammadu Buhari have failed to transit from one zone to another. The two hails from the same State and Zone. It is even more interesting than they are both from the same tribe-Fulani.

The unfortunate ill-health of President Umaru Yar’adua threw up the highly debated Doctrine of Necessity which had Goodluck Jonathan his Deputy step in as the Acting President and subsequently, President when Yar’Adua eventually died. He had barely spent only two years in office and a constitutional crisis erupted.

It was not shocking to many as rumour of his ill-health was rife even before he was inaugurated as President. I recall the funny but unfortunate incident during one of the Presidential campaigns where the then President, Olusegun Obasanjo made a call to the ailing candidate of the PDP asking if he was dead or alive.

In his usual humorous way, Obasanjo asked Yaradua who was hospitalized after collapsing at a Presidential rally if he could confirm or refute the rumour that he was dead.

Yes, Yar’Adua was not dead at that time but he was sick and very sick. It was common knowledge in and around Katsina State where he was Governor for eight years that he could not have fully discharged his role as the Chief Executive due to his ailment. It was not about his age though certain ailments are triggered by old age. It’s a natural occurrence.

The unfortunate crisis created by President Obasanjo who many believe knew the state of Yar’Adua’s health vis-à-vis eventually altered the zoning pattern with the South-South replacing the North West for a period of six years. This new order paved the way for a South to hold sway for fourteen years.

Obasanjo from the South West and Jonathan from the South-South spent eight and six years respectively while Late Yar’Adua spent two years and Buhari from the same North West will be spending eight years, totaling ten years for the North West.

There are different pressure groups that have cited different reasons why power should shift either to the South or be retained in the North. The arguments are right depending on the perspective it is viewed from and whose interest it aims at serving. For the Nigerian people, what matters is balance in structure, security, and a stable economy.

Beyond the clamor for power shift, there is an earnest camouflaged desire for a leadership shift in real terms and as exemplified by other nations who have conquered religion and ethnicity. An Obama wouldn’t have been if it were in Nigeria!

The reason why the agitation for a shift in where power resides is borne out of the precarious situation where appointments are lopsided in the Federal Civil Service as well as the deliberate marginalization of a group of people. But then, should good leadership be sacrificed on the altar of zoning and rotation?

The nature of the Nigerian political system where the winner takes all create an even more difficult situation as only those who seem to have been very much around the corridors of power are opportune to vie for these positions albeit tested and not trusted.

The present state of the nation calls for a true National Conference to chart the way forward. But the noise coming from different political camps has consumed any reasonable voice of truth.

The Banditry, Boko Haram, Kidnapping, and ritual murders amongst others are issues that must be addressed, or else, these monsters will consume the nation in less than no time.

When a similar scenario played out in the Niger Delta region, it was President Umaru Yar’Adua who instituted the Amnesty Program which brought lasting peace in the region. Unfortunately, his good intentions were cut short by death, barely two years after he was elected into office.

It is rather worrying that as the nation grapples with a similar challenge though heightened, the temptation to hand over a sick nation to the South by the North is not being resisted.

The major issues facing Northern Nigeria are unfortunately the creation of the North- Banditry, Boko Haram, and kidnapping. If the tide is not stemmed under a President from the North, with most Service Chiefs and heads of security from the same region, is it likely that a Southerner, especially a Christian would be empowered to clean up the Augean stable?

Can the nation survive another four or eight years of a relatively old President with rumors of manageable health?

Without being pretentious, I make bold to say that the secret plot to field those above the age of sixty years to succeed Buhari could be a reenactment of the challenges we have faced under a Buhari Presidency. To be categorical, Bola Ahmed Tinubu has no moral grounds to seek to succeed Buhari considering his age, mental and physical status.

I smell a rat. The Northerners who have joined the campaign are doing so out of a selfish purpose. They want power retained in the North just the way Jonathan continued after Yar’Adua, giving the South an edge over the North.

Also, the joker in the political game is the call for President Jonathan to seek reelection for a period of just four years. That will guarantee the North another eight straight years from 2027!

Either way, it is opportunistic.

The South must reject whatever Greek Gift being offered by the North.