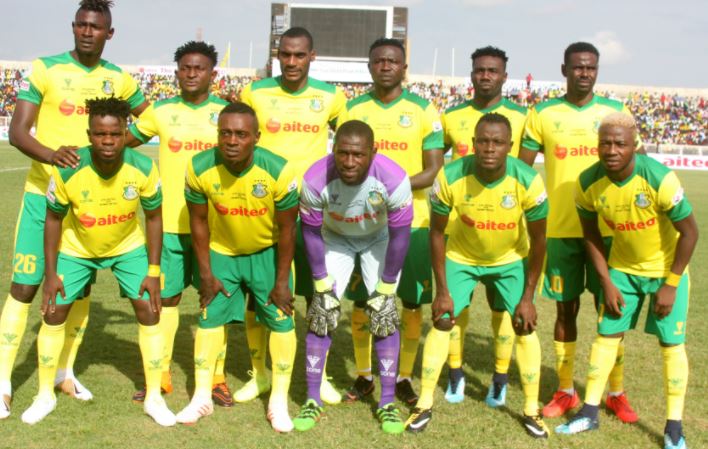 Kano Pillars football club (Sai masu gida) failed to snatch a vital point as they targeted in Ilorin in the matchday seven, they played against Kwara United football club in the ongoing 2021/2022 Npfl Season on Thursday.

The former Nigeria champions, Kano Pillars football club started the game with tactics and gave the home side pressure in the first forty-five minutes of play which ended the first half goalless.

Seven minutes of the second half Kwara United football club scored the only goal that separated the game courtesy of Kabiru Balogun freekick when the sai masu gida defender handled the ball close to the box yard.

Speaking shortly after the game, Chief Coach of Kano Pillars Fc, Ibrahim A. Musa described the match as one of the good games so far, his players played in the Season despite, they lose it.

He said they lose to a good side and express dismayed with their position on the table he said most of the football families in the country are worried about the situation of the club but pledged that they would soon come out from that situation.

The Chief Coach denied that the technical crew of the club are under pressure from certain quarters because the team is not doing well at moment.

“Despite losing the match I have to commend the match officials that handled it under the center referee Ibodor Ovie from Delta State because they discharged their duties accordingly.”

He also said they would go back home to prepare well on how to face MFM Fc on Sunday at Ahmadu Bello Stadium Kaduna on matchday eight.

On his part, the Chairman of the club, Alhaji Surajo Shaaibu Yahaya Jambul urged the teeming fans of the club to remain patient by God’s grace from the management they are doing their possible best to revive the glory of the club.

Sai masu gida has seven points in seven matches they played so far in the season and move to fourteenth positions on the table.