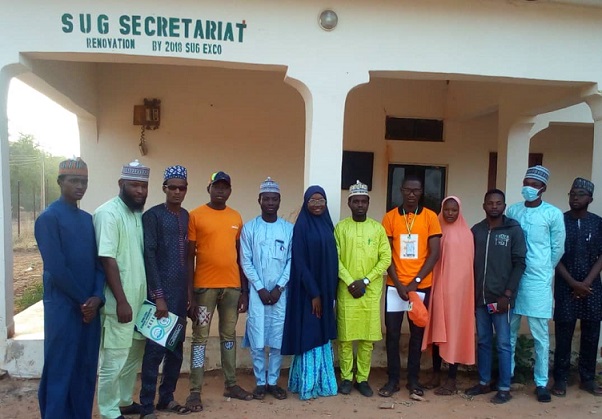 A coalition of the students’ union of tertiary institutions in Kebbi state has commended Governor Abubakar Atiku Bagudu for payment of school fees for indigenous students studying in and outside the country.

They also disclaimed a press release in some National Dailies by some faceless group condemning the administration of Governor Abubakar Atiku Bagudu, claiming it has not paid scholarships to students.

According to them, the state government has successfully paid over 900 million Naira as a scholarship for Kebbi indigene Students across institutions and one million sixty thousand dollars to 262 students to study medicine and engineering in India, Sudan, and Ukraine.

The student unions confirmed that the earlier claim was from groups outside the Kebbi state, sponsored by some disgruntled politicians eager to sabotage the efforts of the Bagudu led government adding that this administration is the most student-friendly administration so far.

They also enjoined students in Kebbi state to complement the efforts of the state government by promoting peace, facing their studies, and engaging in vocational skills to become productive in society.

They further appealed to the public to disregard any rumor or hate speech capable of tarnishing the image of the state and disrupting the relative peace enjoyed in the land of equity.