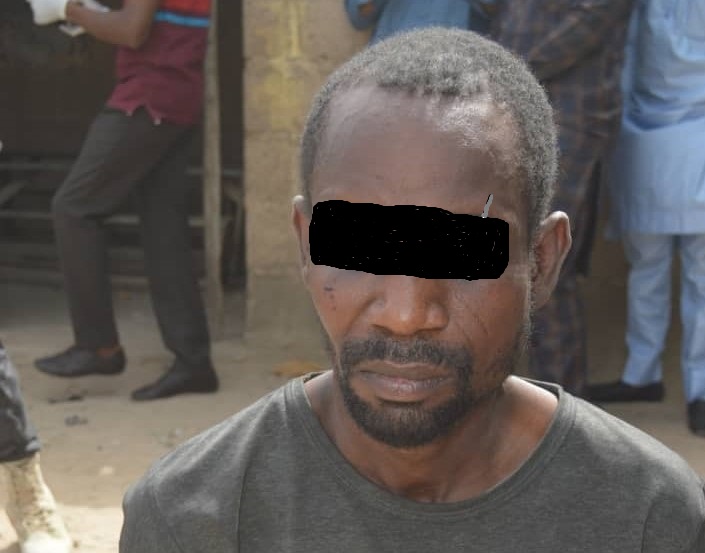 The girl, who was one of Mohammed’s students at a private school in Kwanar Dakata, Nassarawa local government area of the state, was killed after the suspect collected N6million ransom from her parents.

The command’s spokesman, Abdullahi Haruna in a statement said “Sometimes on the 04the December 2021 at about 2030hrs, a report was received from a resident of Dakata Quarters, Nassarawa LGA, Kano State that, one Hanifa Abubakar aged 5 years old, was kidnapped and a ransom of Six Million Naira (N6,000,000.00) was demanded.

“On receipt of the report, the Commissioner of Police, Kano State Command, CP Sama’ila Shu’aibu Dikko, met with heads of security agencies in the state, re-strategize for effective service delivery and raised a team of Operation Puff Adder led by SP Shehu Dahiru to arrest the culprits.

“On investigation, Abdulmalik confessed that the victim, Hanifa is his student at a private school in Kwanar Dakata, Nassarawa LGA, Kano State. He kidnapped her and took her to his house where he contacted her relatives and demanded a ransom of a N6million.

On 18 December 2021, having realized that the victim recognized him, he claimed to have poisoned her to death, conspired with one Hashim Isyaku, took and buried her in a shallow grave located at the private school premises located at Kwanar ‘Yan Gana, Tudun Murtala Quarters, Nassarawa LGA, Kano State.

KEDCO strengthens enforcement to check acts of sabotage in franchise