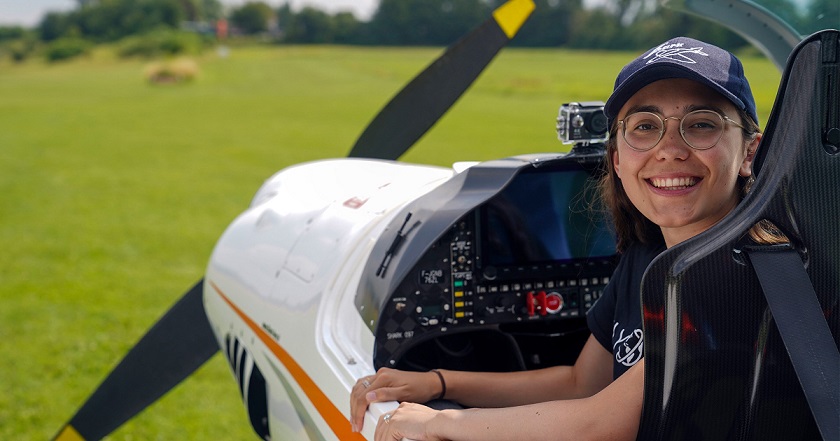 Zara Rutherford, a 19-year-old Belgian-British woman, has become the youngest woman to circumnavigate the globe by plane solo, setting a new world record when she landed in Belgium on Thursday, according to The Associated Press.

The record had previously been held by a 30-year-old American woman, who made the flight in 2017, the AP reports.

Rutherford’s flight had her cross 41-countries that went over 32,300 miles in a bespoke Shark ultralight aircraft, according to CNN Travel. The teenage pilot took off August 18, 2021, and initially believed that her journey would take approximately three months, but she encountered setbacks along the way, though they did not impede her venture.

Rutherford had to stop in Redding, Calif., because of the wildfires in the area causing poor visibility and she was also denied permission to fly over China and narrowly avoided North Korean airspace, according to CNN.

At times, Rutherford said that she feared for her life because of the weather conditions as she flew by Visual Flight Rules, which do not use sophisticated computer software, notes the AP. The software could have expedited her journey through the perilous weather, as the technology helps pilots steer through poor visibility.

The final stretch of Rutherford’s flight was also delayed because of inclement weather, setting back her journey’s end by an additional week.

“I was hoping to complete it by Christmas but I guess that’s not happening anymore, but it’s an adventure,” Rutherford told reporters in Seoul, South Korea, after arriving from Russia on December 13, CNN reports.

The young aviator flew across dozens of countries, some of which she has been unable to explore on foot because of COVID-19 restrictions, including Singapore, Egypt, Greece, Russia, and South Korea, CNN notes.

Both of Rutherford’s parents are pilots and she has been traveling by plane since she was six-years-old and at age 14, she began learning to fly herself, the AP reports.

Rutherford wants to encourage girls’ interest in aviation, as well as other STEM fields. Throughout her trip, she has supported charity organizations that support women’s involvement in STEM careers, such as Girls Who Code and Dreams Soar.

President Buhari commissions bridge where he was attacked by boko haram