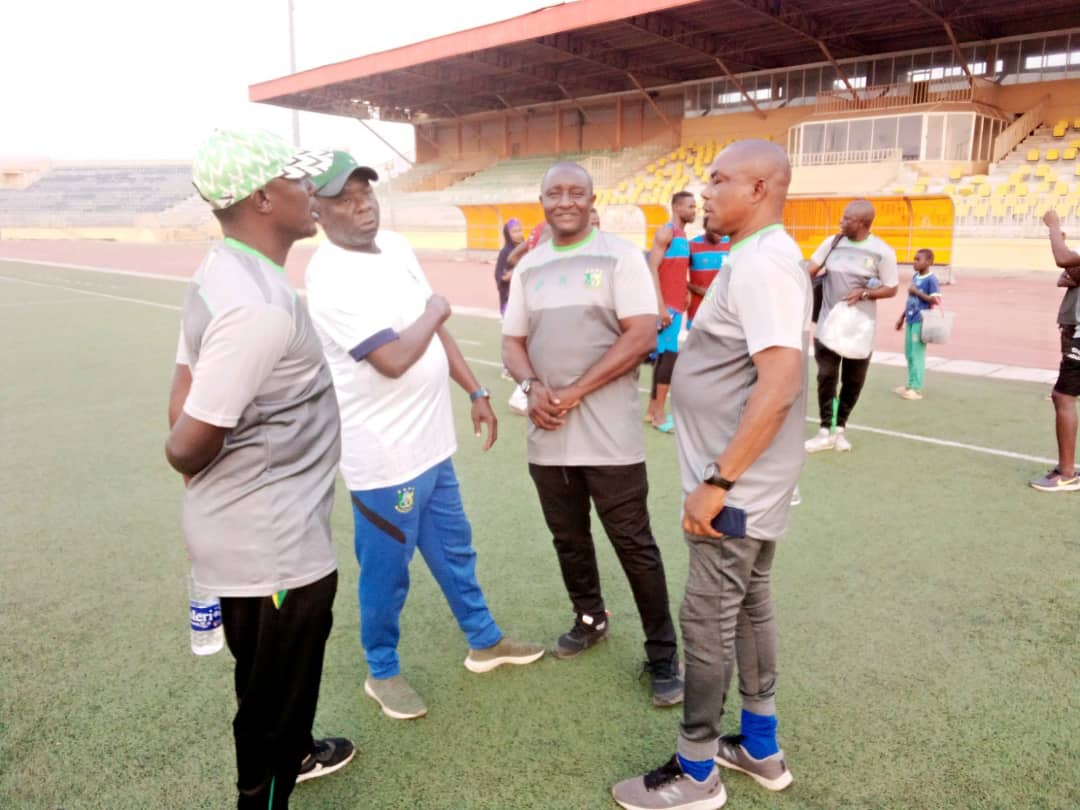 Kano Pillars football club is in Ilorin the capital city of Kwara state with a mission of acquiring maximum points tomorrow against Kwara United football club in Matchday seven in the ongoing 2021/2022 Npfl Season.

This was disclosed by the Chief Coach of the team, Ibrahim A. Musa while addressing his players during their shake-up training at Ilorin Stadium, Wednesday evening.

Coach Musa charged them to tighten their belts and be prepared for any challenges they may encounter in the match.

He urged them to maintain the spirit they showed during the week six encounter against Niger Tornadoes football club last Sunday in Kaduna where they beat them 1-0 courtesy of Mark Daniel’s strike.

“I have the confidence guys you would make it and by God’s grace, we would leave Kwara state victorious,” Coach Ibrahim Said.

On his part, Captain of the side, Rabi’u Ali aka Pele promised that they would do everything humanly possible to make the government, good people of Kano state, and entire fans of the club proud tomorrow and the rest of the matches ahead.

Kano Pillars would parade all the twenty players that played against Niger Tornadoes Fc last Sunday with exception of its right full-back Mustapha Jibrin due to injury he sustained during the encounter and he has been replaced by Timothy Danladi.

According to the Media officer of the club, Rilwanu Idris Malikawa, the appearance of Timothy Danladi in the match would be his first since he left Enyimba Int’l Fc.