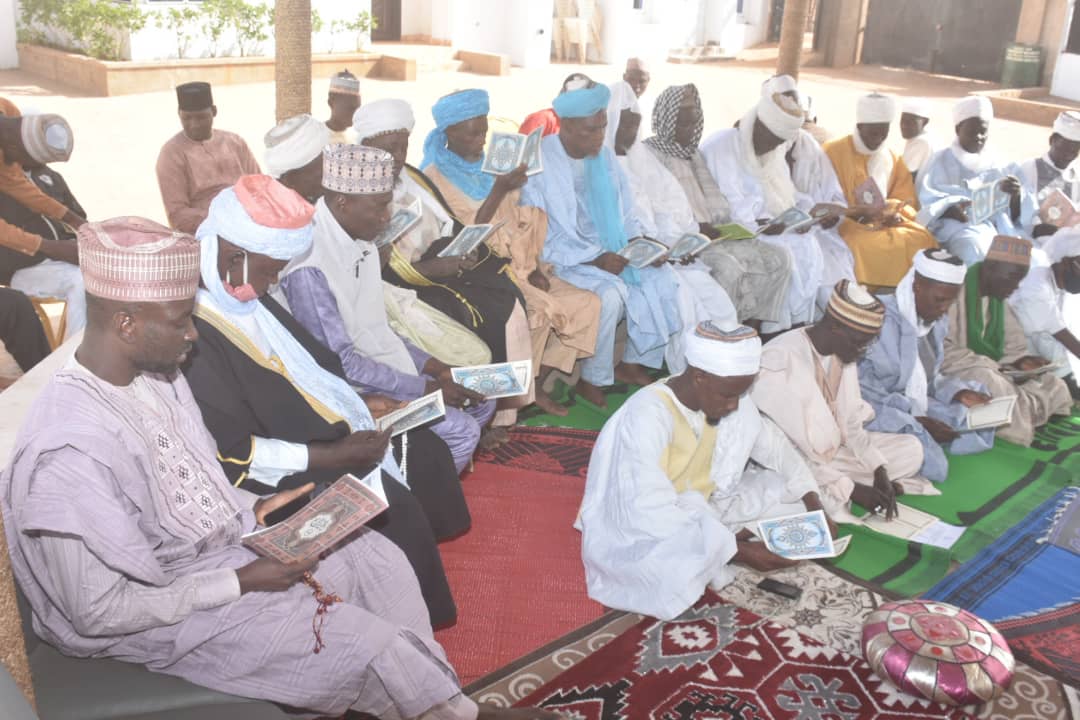 The special prayer conducted under the leadership of the chief scholar of the state, Sarkin Malaman Sokoto, Sheikh Muhammad Yahaya Boyi was aimed at seeking the almighty divine intervention to bring an end to wanton killings and adduction for a ransom of innocent people in the eastern part of the state.

The special prayer was also offered to seek divine intervention to set on the right direction, the state religious, traditional, community and political leaders to have the fear of God in handling and equitable distribution of state resources as well as in their dealings with the citizens of the state.

The special prayer organized by the National Assembly as part of a series of activities conducted in the state during the Christmas and new year break aimed at curtailing the activities of criminal gangs rampaging the state.

Speaking shortly after the conduct of the special prayer session, Hon. Kakale said people and the government of the state spends lots of resources in the fight against insecurity but the effort proves abortive, as such they have to indulge in prayers to seek divine intervention with the hope of bringing an end to the disturbing situation.

He said considering the enormous efforts made by the Sultan of Sokoto Dr. Muhammad Saad Abubakar and other leaders of thought to find a lasting solution to the crises, he was left with no option but to complement the Sultans efforts to call and organize for a special prayer seeking for divine intervention of God.

Ulamas during the prayer were drawn from the state council of Ulamas, Imams of Jumu’at congressional Mosques from Dange Shuni, Tureta, and Bidinga local governments the three council areas represented by the national legislature.

A special prayer was also offered for sustained peace and economic prosperity amongst diverse ethnic groups and for peace to return to the embattled northern part of the country.

The Legislature says that the special organization would have a continuous process until normalcy return to the region and indeed other parts of the country.

He thanked all those who contributed to the conduct of the special prayer and its successful completion.