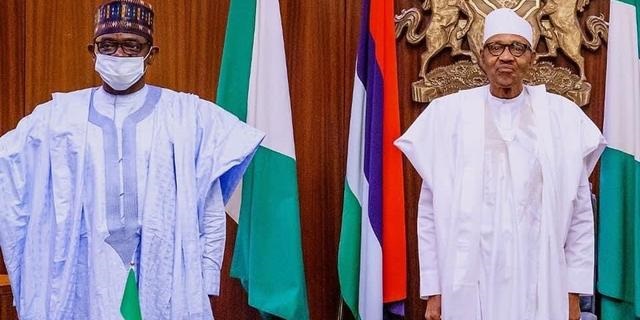 Naija News reports that Buni was in the presidential villa to brief President Buhari about the outcome of the governors’ meeting held on Sunday night at the Kebbi state Governor’s Lodge, Asokoro in Abuja.

Recall that the Chairman of the Progressives Governors Forum and Governor of Kebbi State, Abubakar Atiku Bagudu, had said the APC governors have agreed to go ahead with the party’s national convention slated for February.

Bagudu, who refused to give a specific date for the convention, told reporters that the Caretaker Extraordinary Convention Planning Committee (CECPC) would announce a suitable date for the event.

He added the convention committee would also meet with other stakeholders to harmonize all positions that will be contested at the convention.

Speaking further, Bagudu said a vote on confidence was passed on the Chairman of the CECPC, Governor Mai Mala Buni, and members of the committee.