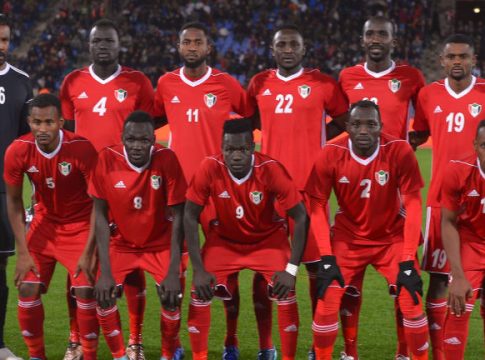 The Eagles and the Pharaohs are the favorites to qualify automatically from Group D, but the Sudanese are hoping against hope to upset the odds and make it to the next stage

Sudan national team general manager Mohsen Sayed has voiced his desire to see Egypt overrun Nigeria when the two teams clash in their opening match of the 2021 Africa Cup of Nations tournament in Garoua on Tuesday.

Egypt, boasting Liverpool’s talismanic forward Mohamed Salah, is the bookmaker’s slight favorites to claim just the third win over Nigeria in their ninth meeting at the Afcon.

But despite having key stars unavailable, including strikers Victor Osimhen, Paul Onuachu, and Odion Ighalo, the Super Eagles remain bullish about their chances of shooting down the Pharaohs.

A win would set up the stage nicely for the Nigerians to top Group D, with winnable games against Sudan and Guinea-Bissau to follow.

Sudan is also former champions, but their glory days are long gone, with the Falcons of Jediane likely to finish bottom of a tough group.

They were recently defeated on home soil by Guinea-Bissau and stand a very little chance even against a depleted Super Eagles and a Salah-inspired Egypt.

Team manager Sayed is convinced that the Liverpool star is the world’s best and that both Egypt and Nigeria are the strongest teams in the group.

But he expects the Pharaohs to defeat the Super Eagles and pick up the maximum points at stake.

“Egypt has the best player in the world,” Sayed told Mega FM, as per Kingfut, regarding Salah.

“On paper, the Egyptian national team is better than Nigeria and is the closest to winning, but football is full of surprises.

“I hope that Egypt wins.”

In eight previous meetings between Nigeria and Egypt at Africa’s biggest football competition, the Eagles have only lost twice, winning four (one after extra-time and penalties) and drawing the other two.