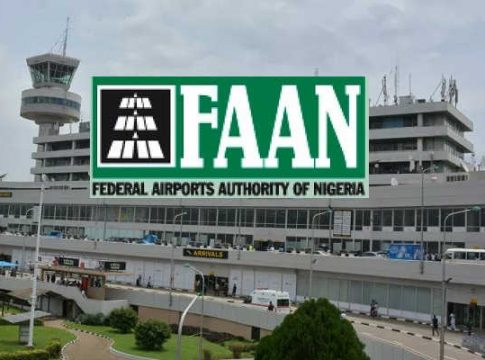 The suspects were arrested for their alleged involvement in some nefarious activities which includes facilitating the issuance of fake Covid-19 test results, providing illegal yellow cards for travelers, short-changing travelers under the pretense of assisting them with their boarding process, and acting as the interface between passengers and airlines.

This was made known in a statement titled, ‘FAAN arrests over 90 touts, hands 89 over to police’, issued by FAAN General Manager, Corporate Affairs, Henrietta Yakubu, where she said that some of those arrested are staff of Patovilki Nigeria Limited, Lakewood Services, and the Nigerian Aviation Handling Company (NAHCO) Plc.

Yakubu said that the arrested staff were also involved in other illicit activities that include unauthorized entry, trespass, illegal facilitation, forgery, loitering, theft, public nuisance, and crowding up the departure halls, among others.

“FAAN will like to use this opportunity to warn those that do not have any legitimate business at the airports, as well as airport staff carrying out illegal duties to desist from such acts, as the authority will not hesitate to arrest and hand over such individuals for prosecution.’’