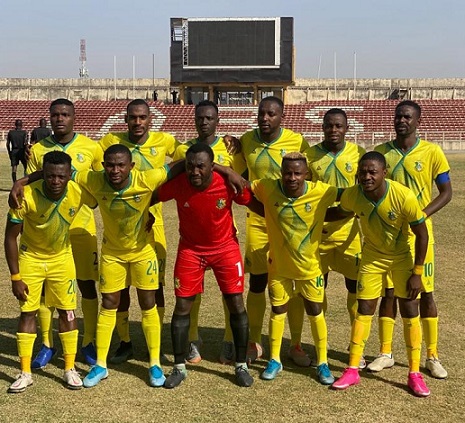 The game went to half-time 0-0 both sides are searching for the goal.

And sunshine humiliates sai masu gida with 3-0 in the eleven minutes towards the end of the game courtesy of Kamaru Adebari, Micheal Olalusi, and Babatunde Bello goals at 68,74 and 79 minutes of play.

In his post-match conference, Chief Coach of Kano Pillars football club Ibrahim A. Musa described the result as a disaster because they never expected it.

Coach Ibrahim A. Musa said they were in Ijebu Ode with full confidence to take maximum points but poor tactical discipline in the team caused it to lose.

“If we can beat Enyimba 2-0 last week, we don’t have any excuse to allow Sunshine Stars Fc to score us three-nil in this match, it’s quite unfortunate for us,” coach Ibrahim said.

He said both players and the technical crew must wake up and concentrate on the challenges they are facing if they want to end the season very well.

The Coach said despite the weather affecting his boys in the second half due to humidity but that is not an excuse for them to collect three un-replied goals in the match.

Well, we lost it collectively and we should sit up to put our heads together to come up with the lasting solution to this problem of conceding too many goals this season, Coach Ibrahim maintained.

He commended the officials that handled the match for discharging their duties perfectly.

Sai masu gida has only four points in their pocket in five matches they played so far in the season.

Kano Pillars are going to host new promoted Niger Tornadoes Fc on 16 of this Month at Ahmadu Bello Stadium Kaduna on matchday sixteen.