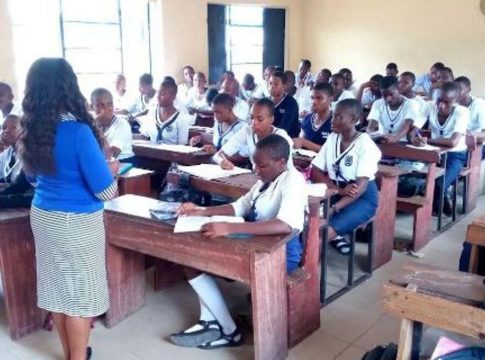 The Lagos State Government has moved to take disciplinary actions against public and private schools that failed to resume on January 4, 2022, approved date as they frowned at the non-compliance with the stipulated academic calendar by some of these schools.

This was made known in a statement titled, ‘LASG frowns at non-compliance with academic calendar by some schools’, issued by the Director-General of the Office of Education Quality Assurance (OEQA), Mrs. Abiola Seriki-Ayeni, where she said the state government has begun the compilation of names of those that refused to comply with the Tuesday, January 4, 2022, resumption date.

Seriki-Ayeni maintained that part of the mandate of the Office is to develop a harmonized school calendar in conjunction with stakeholders in the education sector and ensure compliance, stressing that the monitoring exercise embarked upon by the officials of the agency was to appraise the level of compliance with the resumption date, students’ presence and Covid-19 safety protocols.

Seriki-Ayeni, who revealed that some schools disobeyed the directive, explained that the Year 2021/2022 harmonized school calendar was developed in conjunction with stakeholders in June 2021 to ensure uniformity in the education system.

She said the agreement was communicated to all schools and associations to ensure equal educational standards and learning systems and expressed reservations over the non-compliance with the approved resumption date by some schools.

She said, “Last term, it was observed that despite extensive sensitization on the importance of having a synchronized school calendar, many schools refused to comply with the mid-term break as mandated by the academic calendar.

“During our recent exercise to monitor the level of compliance with Tuesday 4th January 2022 resumption date, we observed that the level of compliance was low. We are going to notify the schools that have not adhered to the academic calendar with ‘Notice of Non-Compliance’ stickers and issue letters of invitation to the Administrators to visit our office in Alausa where further disciplinary actions will be taken.’’

She emphasized the need for all schools, public and private, to comply with the academic calendar to ensure that an equal system of learning in all schools in Lagos State is achieved.

Seriki-Ayeni, therefore, urged school owners to communicate effectively with parents to prepare their wards early for resumption, stating that it takes an entire term to prepare for an upcoming term.

The Director-General also implored school owners to focus on values in schools and engage parents, students, and staff on the need to come to school prepared to have a strong start.

Recall that in December the Lagos State Government directed all public and private primary and secondary schools in the state to resume for the second term in the 2021/2022 academic session on Tuesday, January 4, 2022.

It, however, stated that all boarding students across the state are expected to resume on Monday, January 3, 2022, in preparation for the academic activities.