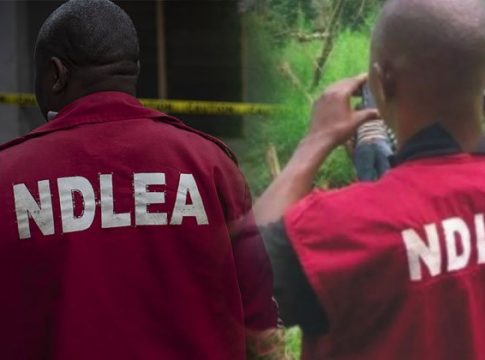 The State Commandant of the NDLEA, Abdul Abdullahi stated this while highlighting the activities of the command in the year 2021.

He said out of the 149 suspects 144 arrested were males while five were females.

According to him, the command was able to seize different types of illicit drugs that include 1,487 kg of Cannabis Sativa, 403,634kg of Psychotropic Substance, 1,550 grams of Heroin, and 19 grams of Amphetamine respectively.

The command stated that in the month of December at Bafarawa Estate Sokoto in a single operation seized 975kg of Cannabis Sativa in which investigation is ongoing.

Abdullahi noted that the increase in the prevalence of Cannabis and Psychotropic substances and the current influx of other drugs such as Cocaine, Heroin, and Amphetamine is sad and worrisome.

“There is hardly any family that is not contending with the challenges of a Drug dependent persons.

“There is an increasing trend in the abuse of drugs among our youths and women which renders many of them unproductive and venturing into so many criminal activities.”