Farm attacks are a problem of all South Africans – Agriculture group 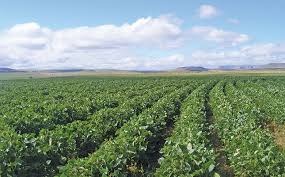 Cape Town – The Southern African Agri-Initiative (SAAI) has raised the alarm on a spate of farm attacks that happened during December, saying that such attacks were a South African problem.

Statistics have shown that 13 attacks took place across South Africa in December.

SAAI chairperson Theo De Jager said that while the number seemed low compared to the crime taking place in urban areas, it was still a concern.

“It’s true that farmers are not the only victims of murders and it’s not even the highest statistics, but what’s different to farm murders is that the urban crimes do not necessarily carry the same level of brutality and torture.

“It is not always a white middle-aged man in khakis that is being attacked. It is farmers of all ages, races, and genders. It’s not a problem of only one sector of society, it’s a problem of all South Africans,” said De Jager.

He said the experience of farmers’ daily lives makes services that require a prompt response inaccessible.

“Farmers are much more vulnerable, further apart from each other, living far away from police stations and infrastructure, so if people have stolen from you, it cannot easily be replenished,” said De Jager.

Department of Agriculture spokesperson Reggie Ngcobo said that farm attacks had an impact on food security.

“The department condemns any farm attack with the contempt it deserves. These barbaric attacks have an integral impact on food security for the country. Farmers and farmworkers play an important role in the agricultural value chain,” said Ngcobo.