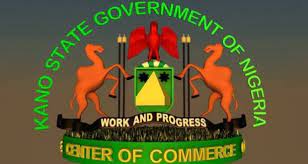 Kano state government has dismissed as untrue claim by the former governor of Kano state, Senator Rabi’u Musa Kwankwaso that Governor Abdullahi Umar Ganduje did not win the 2019 gubernatorial election but imposed on the people by powerful forces.

A statement by the commissioner for Information, Malam Muhammad Garba indicated that contrary to the assertion made in an interview with a national daily, Kwankwaso managed a well-organized election rigging network, particularly in the metropolitan local governments, where youth, mostly without even voters’ card were engaged to perpetrate the act.

He said it was vividly clear that barely hours into the voting, most of the ballot boxes were said to have been stuffed, only for the Independent National Electoral Commission (INEC) to discover that either card readers were not used or the voters are not captured in its data and therefore had to cancel the results from many centers and declared the election inconclusive.

Malam Garba pointed out that it was unfortunate that as a leader who was severally involved in the election process, Kwankwaso is still contesting the result of an election conducted by a statutory body and upheld by courts of law.

The commissioner said just some few days ago, Kwankwaso was all over the media cautioning his followers against unguarded utterances but ended up making incendiary rhetoric unbecoming a person of his caliber.

He said apparently, the interview Kwankwaso granted the national daily in which he attempted to rubbish the Ganduje administration has done him more harm than good which completely negates the spirit of genuine peace and reconciliation he preached to his followers in the last few days to avoid derailing.

Malam Garba stated that Kwankwaso should have thanked Ganduje for completing many of the projects he abandoned, saying that the people of Kano are paying the price for the unparallel policy of continuity that saw the completion of many projects in the last six years in the state.

On the issue of education, which Kwankwaso talks big about, the commissioner further noted that as far as education is concerned, the Ganduje administration has done a lot including payment of the burden of over 15 billion backlogs of scholarships to indigent students overseas left by the Kwankwaso administration.

He said so far, the sum of N3.5 billion has been paid for students in Sudan; N4.5 billion for Cyprus; N384 million for those in France, while it is in the process of paying students in Egypt and India.

Malam Garba said in addition to the implementation of the Free and Compulsory Basic and Secondary Education, the administration has been able to carry out massive infrastructure development in all its tertiary institutions and accreditation of many courses they offer.

The statement assured that despite the agitation for reconciliation that is ongoing among party leaders, the Ganduje administration would accordingly react to any attempt to rubbish the laudable achievements it has recorded and will not be distracted from carrying on with the responsibility for which it was elected into office.