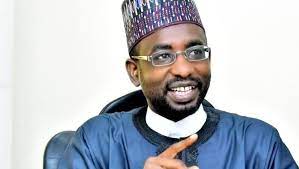 National Information Technology Development Agency (NITDA) has signed an agreement with some higher institutions to promote research and application of digital technology in farming to enhance the country’s food security.

The Director-General of NITDA, Mr. Kashufu Inuwa Abdullahi revealed this while briefing newsmen, Saturday, on the activities of the Agency to promote federal government policy on the digital economy.

He said they are currently conducting a pilot project in Jigawa state in collaboration with Federal University Dutse, in Ondo State with the University of Akure, and also in Federal Capital Abuja.

The DG explained that deploying Digital Technology into agriculture will make farming a fancy business and attractive to youths, which will also culminate in providing more job opportunities, and strengthening the country’s food security.

According to him, deploying digital technology will reduce the quantity of water, fertilizer, and labor required, while the yield will also increase.

“With the application of digital technology into farming, in one hectare you can get yield higher than that of 10 hectares without similar technology.”

He however revealed that NITDA is establishing IT centers at the communities and institutions of learning across the country as well as providing training to build the capacity of Nigerians to operate in line with federal government policy on the Digital Economy.

Kashifu also revealed that NITDA is committed to collaborating with all stakeholders to achieve 95 percent digital literacy and 99% broad band coverage by 2030.