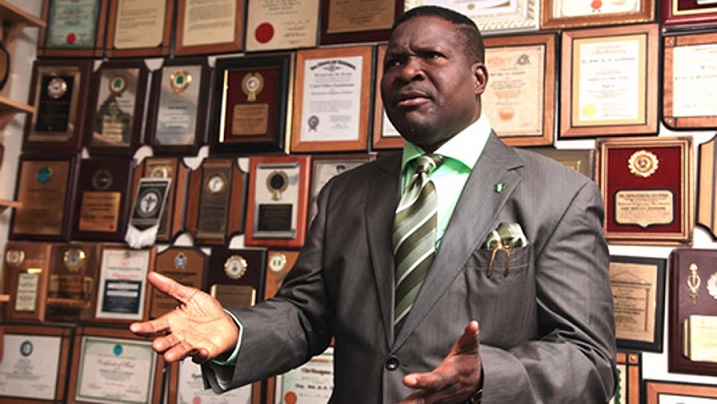 Former president Olusegun Obasanjo has theorized that the oil and gas found in the Niger Delta region belong to the federal government, and not to the oil-bearing communities.

Legally speaking, Obasanjo can be said to be correct, because he was part and parcel of successive military juntas that cleverly and systematically inserted expropriatory and inhuman laws concerning ownership of oil and gas into our statute books. But, does that make such laws right or justifiable? No. I think not.

Ex-president Obasanjo should be told in vsry clear terms that there is such an overriding principle of law which goes with the maxim of “quic quid plantatatur solo solo cedit”. This literally means that whoever owns the land owns everything on top of it. Any extant constitutional or statutory provisions such as those apparently referred to by Obasanjo) that run contrary to this commonsensical common law principle are therefore nothing but bad, immoral, exploratory and exploitative laws.

Help me inform Obasanjo that Nigeria operates a federal system of government, and that federalism is fiscal and plural. One of the major attributes of federalism is that it ensures that regions, sub-national or federating units develop according to their pace and needs, using the God-given resources that are available to such units. They pay tax to the central government.

Help me inform President Obasanjo that a law that literally steals the resources of a people, punishing them with destruction of their only available aquatic and agrarian life, even though in the statute books, is a bad, aberrant and obnoxious law.

Help me tell Obasanjo that in the USA, since oil was discovered in 1859, (a country whose Presidentialism and federalism we ape after), oil and gas are not owned by the American Federal government, but by the surface owners; while oil and gas offshore are owned either by states or federal government.

Help me remind Obasanjo that before the January 15, 1967 first military putsch led by Major Kaduna Nzeogwu Chukwuma, neither the cotton, groundnut and hides and skin obtainable in the North, the cocoa grown in the West, Palm produce produced in the East; nor the rubber and timber that existed in the then Midwest, were said to belong to the federal government. They belonged to the regions that took a lion 50% share, while paying tax to the Federal government at the centre. What has changed? Nothing, I believe.

Help me remind Obasanjo to remember history, and that the major reason his 2005 Political Reform Conference failed was because of the rancor and rockus generated by the thorny and still unsolved controversy of resource control.

He should remember that this led the South South delegates to stage a walkout from the conference. I was not only a Civil Society delegate; I was actually the head of the Civil Society unit that drafted our final committee report and recommendations.

Obasanjo should therefore not have dismissed such a festering thorny issue as oil and gas and bleeding oil-bearing communities with a wave of the hand in a most provocative and cavalier manner.

The 1960 independence Constitution and the 1963 Republican Constitution had actually activated true fiscal federalism, after the 1957-1958 Willinks Commission Report which had identified and validated the fears of minorities within the Nigerian space.

Help me inform Obasanjo that the failure of the 1922 Hugh Clifford Constitution, 1946 Arthur Richards Constitution, 1951 Macpherson Constitution and 1954 Littleton Constitution, was partly ascribed to the overbearing influence of majority tribes over the minority ones (374 ethnic groups in Nigeria, according to Prof Onigu Otite).

Kindly emphasize to Obasanjo that as an elder statesman, former military Head of State and former democratic President, his well-respected public statements and opinions (which he is constitutionally entitled to, should be generously garnished with unifying, healing, therapeutic and inclusive flavor; and not with the vinegar of divisive and provocative statements.

The Niger Delta region has been repressed, suppressed, marginalized and neglected. Respected Obasanjo, more than any other person, knows this very well, having had the rare privilege of governing Nigeria both in khaki and agbada.

The poor people have had to pay with their sweat, sorrow, tears, blood, pains and pangs, over their God-given wealth. The wealth has become a curse rather than a blessing. I wholly disagree with Obasanjo’s thesis. I rather embrace wholly embrace Pa E.K. Clark’s anthesis, which wears a human face.