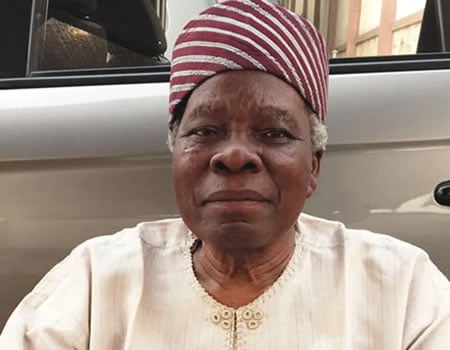 Professor Banji Akintoye, the leader of Ilana Omo Odua, the umbrella body of self-determination groups, has unveiled ‘Pajawiri’, a mobile application for tracking kidnappers and their victims in Southwest Nigeria.

A report by PMNewsNigeria, said Akintoye unveiled the app during a ceremony in Ibadan, Oyo State where he was a part of the event virtually.

Akintoye disclosed that ‘Pajawiri’ would expose the location of criminals and their victims once the application has been installed in their phones, adding that it functions when the phone is either on or off.

‘Pajawiri’ is available for download on the Play Store and Apple Store.

Prof. Akintoye further revealed that it has a feature called ‘Afinihan’ that can be used by those who do not have android phones to link up with persons with the app.

“We have now proven to the world that we cannot be captured nor be subdued. We are too intellectually sophisticated to be subdued.

“It is these innovations and intellectual powers that we will deploy to get ourselves out of the quagmires of Nigeria.

“Those in possession of the ‘Pajawiri’ app on their telephone, will be able to activate the app instantly, whenever they find themselves in danger.

“By activating the app, they will be able to alert their families, their friends, and their neighbours that they are in danger and that they need help.

“In that way, no Yoruba person needs to be alone anywhere on their farms, schools, market places, shops, and anywhere else. Any person who finds himself threatened by danger and who is in possession of Pajawiri will be able to alert other persons for help”, he said.