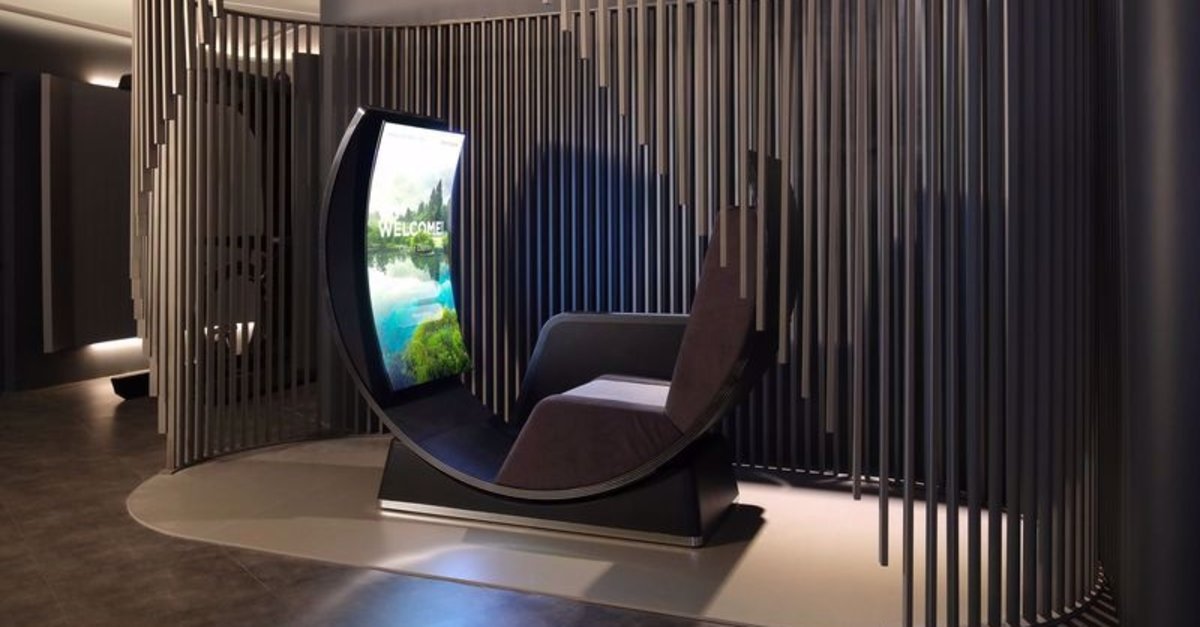 LG will be present at CES 2022 with a couple of really interesting conceptual designs. The company plans to showcase its new chairs designed for watching television or exercising with LG curved panels, which intend to make users feel as comfortable as possible.

The first of these chairs is called Media Chair and it is a modern throne with a curved screen in front of the user. The base structure of it consists of almost two-thirds of a circle, and on top of it we can see a setup that has a comfortable chair and a 55-inch curved OLED screen.

The panel can be positioned horizontally or vertically by pressing a button on the chair. The curvature of the display is 1,500 R, and according to LG, it is the optimal angle with relation to the distance between the chair and the screen. On the other hand, the seat has a sound system called Cinematic Sound OLED, which makes the panel vibrate to emit soundwaves without needing speakers.

The second conceptual design of LG is called Virtual Ride and it is a static bicycle with three 55-inch OLED displays that surround the user from the front to the above of the head and create the impression of being a single giant panel.

Virtual Ride aims to give the utmost comfort possible to people when they exercise on this kind of bicycle, which normally might end up being a boring activity if you do not have something else to do at the same time.

Media Chair and Virtual Ride are both concepts designed for highlighting the features of curved OLED LG panels; which is why it is not likely that they will be released in the near future, at least not with their current state. That being said, anyone who visits the place of the South Korean company in CES 2022 will be able to see and try them.