Sokoto APC Reacts to News Item on Sultan Against Its Delegation 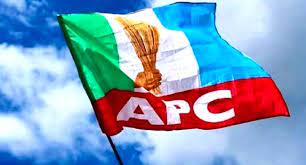 The leadership of All Progressives Congreess  (APC) has described as balatant liar  that the Sultan of Sokoto Alhaji Dr Muhammad Sa’ad Abubakar snubs its higher powered delegation that  visited the palace for condolence last week.

In a statement signed by honourable Abdullahi Balarabe Salame and made available to journalists in Sokoto, the APC leadership in the state said its attention was drawn to a story circulating in the media that Sultan snubs the leadership of the party when they visited the state for condolence on the killings and recent Market fire incidence that destroyed the state Kara Market.

The news item titled: ‘Sultan Snubs Delegation of APC Party Leaders Who Visited Sokoto for Condolence, the news report claimed that the Sultan refused to come out despite earlier assurances that he would receive them.

In the news, according to the APC, it was claimed that the delegation before the visit had sent a letter to the Sultan’s palace which was officially acknowledged and obtained assurances that the traditional ruler would receive them when they arrived.

The APC said nothing could be further from the truth than all these claims. It is a public knowledge that the Sultan and indeed the palace of the Sultan is open for everybody irrespective of religious or political affiliation.

“We are witnesses to the fact that many have visited from far and near around the globe. And it is a common knowledge that at the Palace visitors irrespective of their status are all welcome provided they come through the right channels of communication and observed the protocol guiding visitations to the palace.

“The claim that, the Sultan refused to receive the APC Delegation is untrue and cannot be true.  As leaders of our great party in Sokoto, we gathered that what actually happened at the palace happened as a result of communication breach, the Sultanate council are not properly briefed of the visit, which led to the happenings on the appointed date.

It was also observed that, during the visit, some hoodlums and suspected political thugs invaded the palace of the Sultan, some of them were chanting and singing some uncharitable political songs, which are not befiting to be sang at the palace.

The party started that the songs and activities of political thugs and hoodlums may not be unconnected to the grandstanding of certain Individuals within our party that are not willing to move with the party in the direction of honour and respect for rules and guidelines of the party and are bent on creating factions and disunity in the party.

The alleged that the attitude hoodlums took to the palace to portrays our party as a political party that have no regard for traditional institutions or respect for religious leaders are the handiwork of some disgruntled members of the party who were not comfortable with the sultanate council.

“We were shocked when we heard of the visit, because the true leadership of the party was not informed, only few members of our party who choose to mobilize thugs and hoodlums to the palace, ” We want to say, those thugs that invaded the palace singing and chanting uncharitable political songs did not represent the APC as a political party.

“So, we see this claim as ridiculous, unfounded and laughable that, the Sultan said he had nothing to do with the APC. How can anybody claim that, when about a month ago, the Sultan was part of a flag off ceremony of distribution of items to members of the Gwadabawa/Illelah Federal Constituency by the member representing that Constituency, Honourable Abdullahi Balarabe Salame an APC member” says the statement

According to the statement, Honiurable Salame invited the Sultan and the Sultan attended and commended the efforts of the politicians who has been a founding member of the APC in Sokoto and key member at the National level.

The statement also disclosed that the, Sultan was equally at Jema village of Mammande Ward of Gwadabawa local government area, where the member representing Gwadabawa/Illelah Federal Constituency constructed a Primary Healthcare Centre.

It is obvious that, the intent and purpose of this speculation is to disparage and ridicule the person of the Sultan and portrays out party as disrespectful to the traditional institutions, which we hold in high esteem and regard so dearly

“We cannot join issues with others to do evil, we are distancing our great party from an organized attempt to desecrate this great institution that had stand as the model and light of leadership not just in Africa, but globally” the statement reads.