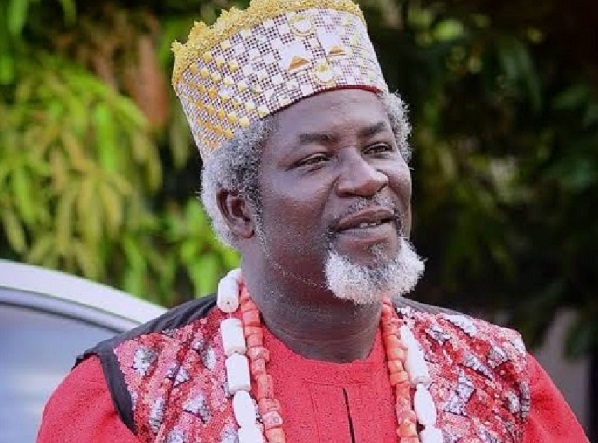 Nollywood actor, filmmaker and the chairman of Screen Writers Guild of Nigeria (SWGN), Sam Obiago, popularly called Daddy Sam, has passed on after a brief illness in the country.

Daddy Sam was said to have been pronounced dead by medical experts at a private hospital hours after he was rushed into hospital for treatment that could save him.

The veteran actor’s death was announced on Thursday by some of his colleagues that took to their different social media platforms to express their condolence with the artiste’s family.

Some of the actor’s colleagues expressed their shock that Daddy Sam, who had not shown any sign of ailments before, could be pronounced dead by medical officials.

According to one of the colleagues, “He has been ill for a while now. So yesterday he started feeling very illl and he was rushed to the hospital at midnight.  He gave up in the early hours of today.”

Speaking on the actor’s death, Micheal Ezeudu, wrote: “My heart is pained right now… I can’t believe that Uncle Sam is gone. A great legend of the industry.

“A man of wisdom and truth. Sir you told me that we will work together more in the future not knowing that we will never see again….God knows the best and the reason why he allowed you to come to him. Rest in Peace Daddy Sam Obiago till we meet again to part no more”.

Sam Obiago is a Nigerian born Nollywood actor, film maker, TV personality and movie producer who has featured in over 100 Nollywood movies.

Others are The Visitor, Osinachi, One Night Stand, Throne Of Fire, Ancient Key, Wicked Tradition, Tortured Heart, Royal Wreck, The King’s Decision, Blood Brothers, The Orbit, Strength Of Womanhood, Battle Of Kings, Royal Headache, Another Life, Game Of War, Jacob’s House, My Decision, Village Runs, Magic Dragon, The Love of Father and Daughter, A Poison to the Heart and Grievous Oath, among many more.