How the Dutch Are Escaping Lockdown Restrictions in Belgium and Germany 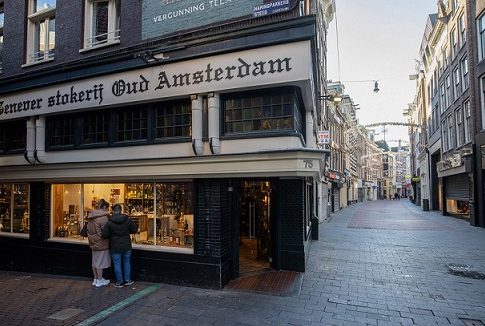 A new lockdown in the Netherlands has had an unexpected consequence: packed roads and shopping streets in neighboring Belgium and Germany.

Faced with the spread of the omicron variant across Europe, the Dutch government introduced new restrictions on social contact on Dec. 19, closing non-essential stores and shuttering hospitality businesses at 5 p.m. But some Dutch people haven’t stopped shopping and celebrating. Instead, they simply moved these activities to countries where stores, restaurants and bars remain open.

In cities just out of reach of Dutch lockdown restrictions, this is prompting a business boost as well as public-health concerns. After a spike in cross-border traffic following Sunday’s lockdown announcement, Prime Minister Mark Rutte was obliged to deliver a clear message to Dutch citizens on Tuesday: “Don’t go shopping in Cologne or eat out in Antwerp.”

Many haven’t been listening. In Antwerp, just nine miles from the Dutch border, local media have reported a bustle of new activity in the Belgian city’s railway station and commercial areas. Visitor numbers are also up in the German state of North Rhine-Westphalia, where opposition parties have urged the regional government to take action to stop the flow of visitors to cities such as Cologne and Dusseldorf.

There’s reason for concern. The number of reported cases over the past seven days shows the Netherlands with a higher infection rate than Belgium and Germany. As of last week, the Netherlands was also far behind its neighbors in the number of booster shots administered. While early studies suggest that a Covid-19 patient is significantly less likely to be hospitalized with the omicron variant than with Delta, its greater transmissibility still makes social contact across a wider area likely to cause deaths and strain health systems.

Public health isn’t the only issue. While many businesses might be pleased with the extra foot traffic, a surge in cases could prod local authorities to impose their own stiff curbs.

After nearly two years of life under the pandemic, many people have become numb to repeated warnings and turn quickly to using whatever windows they might find to take part in some semblance of normal life.

Skiers have been rushing across the continent (some of them Dutch) to enter Austria before a minimum five-day quarantine for international arrivals is introduced starting on Christmas Day. British tourists have similarly played cat-and-mouse with international Covid restrictions, booking last-minute vacations when restrictions for a destination are lowered and rushing home when new requirements are announced.