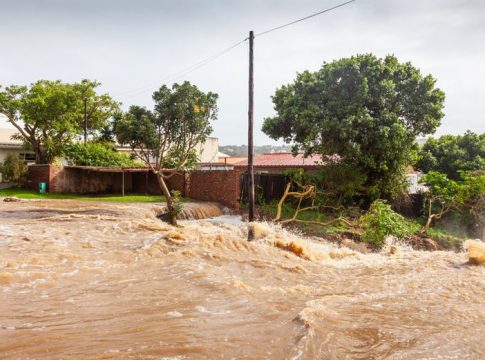 Sokoto State Ministry of Environment was established in 2008 and charged with the responsibility of management and protection of environment in the State for sustainable development.

The state government during the period focused on major environmental development and challenges confronting the state that include land degradation, drought, Desertification, environmental health, waste management and pollution.

When the ministry came in to being in 2015, it was fully licensed to commenced land reclamation through afforestation, reforestation, forest protection as well as flood and erosion control programs.

The Ministry through its newly established departments also partakes in activities such as waste, sanitary inspection of food and premises and personal hygiene to control possible outbreak of communicable diseases in the state.

The Sokoto State Ministry of Environment has however many successes story to tell to the general public through its supervised departments and parastatals that include Environmental Health and Pollution Control, Flood and Erosion Control and Forestry Department.

Desertification is one of the greatest environmental and developmental problems of the 21st century. This ecological problem can trigger a vicious circle of environmental degradation, impoverishment, forced migration and conflicts, threatening the political stability of affected countries and regions.

Today’s arid and semi-arid zones of the world are concerned about the phenomenon of desertification, and in response to rapid deforestation and desert encroachment, both federal and state governments have so far engaged in collaborative effort with national and international organizations with a view to embarked on afforestation programs to arrest desertification and environmental degradation particularly in the northern parts of the country.

Other achievements recorded by the Sokoto state government   through the State ministry of environment include the afforestation programs, The restoration of Green House Gas Emission Sinks, through the enrichment of plantation, the establishment of one hecter Orchard and 3 km plantation established at the Sultan Abubakar III Jummu’at Mosque in the state Metropolis.

The ministry also in its fight against desertification commenced aggressive enlightenment campaign on mass plantation of trees and general environmental Protection. Collaboration with Private and Organizations, Agencies and NGOs for the provision and development of alternative source of Energy.

Sokoto State Government through the State Ministry of Environment have succeeded in engaging in series of fruitful collaborations and partnerships with major state and national agencies, professional bodies and organizations in order to ensure that the state exploit maximum benefits that will move the state forward

The Federal Ministry of Environment, NASREA and Great Green Wall (GGW) among others.  Parts of the good relationship the state benefitted from is that of the one it has with an agency known as ‘Great Green Wall’ (GGW) which currently yielding series of positive result such as the establishment of shelterbelts by the GGW in some of the LGAs across the state.

In return, the Sokoto State Government had the opportunity for the accommodation and provision of two 2 offices to the Great Green Wall at Illela and one in Sokoto metropolis.

Other giant strides recorded by the Sokoto State Government through the Ministry of Environment in the year 2021 include the execution and implementation of the following projects, The expansion school orchard programs to cover 50 selected secondary schools and resuscitation of the young foresters’ clubs in schools.

Sokoto state in the year under review commenced the rehabilitation of dilapidated Forest Nurseries to facilitate the establishment of Waste Recycling Plants metal, rubber and energy to address the challenges of waste generation and management.

KN-WECCMA Bill to be Given Timely Consideration – Rt. Hon. Chidari