HomeSportsSporting events in Wales will be played behind closed doors from Boxing...
Sports

Sporting events in Wales will be played behind closed doors from Boxing Day in a bid to combat the spread of the Omicron variant. 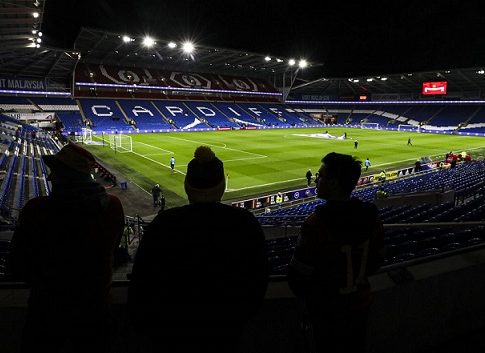 The Welsh government said the new measures will apply to both indoor and outdoor sporting events, with economy minister Vaughan Gething confirming a £3m “Spectator Sports Fund” will support clubs and venues affected.

However, neither the UK government nor the Department for Digital, Culture, Media and Sport (DCMS) has plans to enforce the same measures in England as of Tuesday morning.

The Scottish government will announce on Tuesday afternoon whether it will be implementing the same measures as its Welsh counterparts.

Nicole Sturgeon, the First Minister, held a cabinet meeting on Tuesday morning after Scotland reported 6,734 new Covid infections on Monday, with 15.2 per cent of tests coming back positive.

The Welsh government’s decision comes after a number of postponements affecting Welsh sides in the Football League.

Cardiff City have called off their Boxing Day match against Coventry City due to several Covid cases among their players and staff, while Newport County will no longer face League Two leaders Forest Green.

In the United Rugby Championship, Cardiff Blues are scheduled to play Scarlets at Cardiff Arms Park on Boxing Day, although Ospreys vs Dragons at the Liberty Stadium in Swansea has been called off due to Covid.

Chepstow Racecourse, which hosts the Welsh Grand National on December 27, live on Sky Sports Racing, confirmed all meetings until mid-January will be held without spectators.

“Sporting events over the Christmas period are one of the big highlights of the year,” Gething said.

“Unfortunately the new Omicron variant is a significant development in the pandemic and could cause a large number of infections.

“We need to do everything we can to protect people’s health and control the spread of this awful virus.

“Throughout the pandemic we have followed scientific and public health advice to keep people safe. The advice is clear – we need to act now in response to the threat of Omicron. We are giving people as much notice of these decisions as we can.

“Crowds will come back as soon as possible. We want everyone to be here to enjoy their favourite sports.”

Latest figures show Omicron cases are rising in all parts of Wales, while the overall rate of coronavirus infections is at just under 550 cases per 100,000 people.

Eguavoen Denies Resignation Rumours, Set to Hand Over to Poseiro