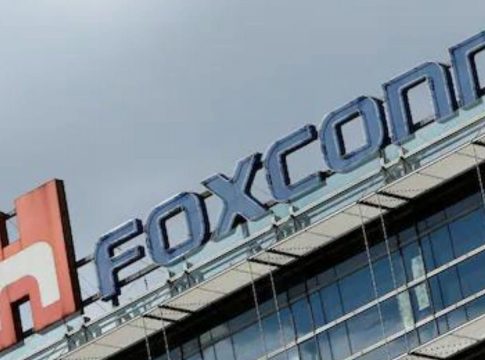 The factory – located on the outskirts of Chennai – looked deserted on Tuesday, with a few cars including a police vehicle parked outside it. No workers were seen at the site, which was watched over by two guards and a few other security officials.

“It has been shut since Saturday and will be shut till coming Sunday,” said a senior official at the directorate of industrial safety and health in Tamil Nadu, of which Chennai is the capital. Two more senior state officials confirmed the suspension of activities at the factory.

All three declined to be identified because they were not authorised to speak with the media on this matter.

Police in India on Monday released dozens of those detained for blocking a key highway after the food poisoning incident last week at the Foxconn plant led to 150 employees being admitted to hospital. The plant makes iPhone 12 models.

The decision to suspend activities at the plant is the management’s, a police officer from the office of the Superintendent of Police in Kancheepuram, a district in Tamil Nadu, told Reuters.

Employees at the plant that complained of food poisoning and other problems in recent months have been asked to register their problems with the state labour ministry, the officer said.

The unrest at Foxconn is the second such incident involving an Apple supplier factory in India in a year.

In December 2020, thousands of contract workers at a factory owned by Wistron Corp destroyed equipment and vehicles over the alleged non-payment of wages, causing damages estimated at $60m.

Apple which has its headquarters in Cupertino, California has bet big on India since it began iPhone assembly in the country in 2017.

Foxconn, Wistron and another supplier, Pegatron, have together committed roughly $900m over five years to make iPhones in India.

Apple is also planning to bring the assembly of its iPad tablet to India, which is among countries including Mexico and Vietnam that are becoming important to contract manufacturers supplying American brands as they try to reduce their reliance on China amid rising Sino-US tensions.

Most of Foxconn’s workers in India are women.

The company is expected to begin commercial production of the model in India for the domestic market and exports by February, the report added.

Share
Facebook
Twitter
Pinterest
WhatsApp
Linkedin
Telegram
Previous articleForeign loans and Nigeria’s critical assets as collateral
Next articleSporting events in Wales will be played behind closed doors from Boxing Day in a bid to combat the spread of the Omicron variant.