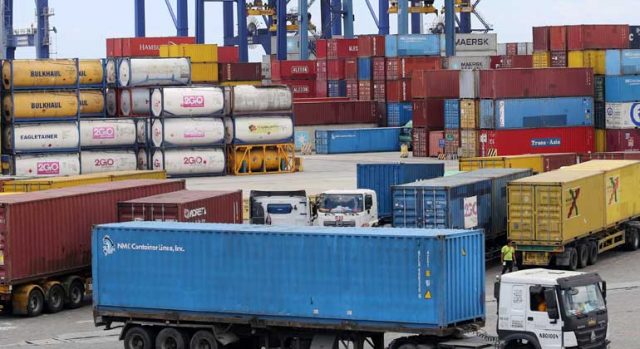 A cross-section of exporters in Imo State have appealed to the Federal Government to open the Onne export corridor in Rivers to boost trade between Nigeria and other parts of the world.

The exporters made the appeal at the “End-of-year performance appraisal and interactive session”, organised for exporters by the Nigerian Export Promotion Council (NEPC) in Owerri.

In his speech, the Coordinator of the Imo Exporters Summit, Eze Emma Ekeh, said that free trade should begin in Nigeria as “the giant of Africa”.

Ekeh, who is the Traditional Ruler of Ishi Ubomiri in Mbaitoli Local Government Area of the state, thanked NEPC for providing the enabling environment for the growth of export activities in the country.

He urged exporters to refrain from economic sabotage and promote local content, as a way of promoting the country among the comity of nations.

He decried the loss of revenue, accruable to states of the South-South and South-East geo-political zones, describing the development as economic sabotage.

“It is economic sabotage that rather than exporting from Onne corridor, which is close to the South-East, we are made to move our products to Lagos, a far distance where we pay duties that should have been paid here,” Ekeh said.

Also, the Chief Executive Officer, Davmic Wood Viet Ltd., Mr Paschal Dikeocha, called on governors of the two geo-political zones to intervene so as to free up exportation from the area.

According to him, there will be a reduction in loss of export products to bad roads with greater proximity to the port.

“The Onne corridor is closer, yet we are not allowed to move products from the facility.

“We urge our political leaders and other stakeholders to intervene, with a view to resolving these challenges,” Dikeocha said.

Onwumere called for attitudinal change towards the manufacture of export products and urged the media to constantly promote awareness for made in Nigeria goods.

“The global market does not compromise quality, and for us to survive there, we must collaborate with NEPC and other government agencies for quality control and consistent product availability,” she said.

Ajuruchi thanked the exporters for believing in government and pledged improved service delivery in the coming year.