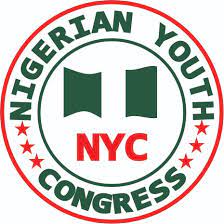 In efforts to promote cultural, social and economic integration, among Nigerian Youths, political discuss, a non-governmental organization in collaboration with the National Youth Council of Nigeria (NYC) Sokoto State commenced a one-day political discussion with various youth groups in the state on the need to ensure peace, unity and progress of the country.

In his address, the state Chairman of the Association, Yakubu Abubakar said the NYC poised to ensure that Youth in the state were not used as agents of chaos and destruction during and after elections.

He said youths constitute a significant percentage of Nigeria’s population as such they have weapon to decide the future of elections in Nigeria.

According to him, youth preside the activities of independent electoral commission at the grassroots level, but after the successful conduct of the election youth are left with nothing but their certificates roaming the streets looking for job.

The Chairman, however advised youths in the country to join hands together and participate actively in the political arena of the country not minding religious, tribal or geo-political inclinations.

In a paper presented by Alhaji Umar Balogun said, youth have the will to decide on which policy of government to accept or which one to reject, as well as the power to decide the outcome of election.

He said youth as leaders of tomorrow are at liberty to. Impose their interest on any government through active participate in politics.

“Youths in Nigeria are characterized as ambitious, enthusiastic, energetic and promising, we are notable change agents and drivers of societal transformation in business, technology, entertainment, sports and politics….saying that any country that undermines the interest and roles of Youths is mortgaging it’s future and sits on the keg of gunpowder.”

Also, in the paper presented Alhaji Balogun emphasized that the Youths have the power to impose their will on any government, saying that the #EndSARS is the typical example

He said what the Youths are lacking is leadership direction and for the first time in history the Youths Nigeria rally together and the entire country standstill because of the effective unity through the #EndSARS movement.

The paper presenter however called on Youth to eschew violence, gangsterism and hooliganism in the course of achieving their demands.

The political discussion was witnessed by traditional rulers, community leaders, Youth groups, leaders of thoughts and notable journalist in the state.