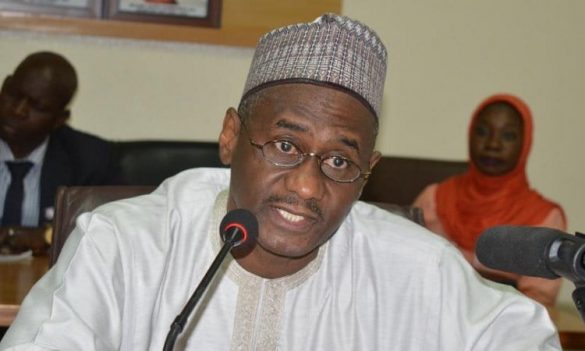 I am old enough to clearly remember thirteen Administrations from that of General Yakubu Gowon (1966-1975) to the current one of President Muhammadu Buhari (2015- to date).

It is safe to say that none of these administrations came to power with so much hope, expectations and goodwill of citizens and the international community like President Buhari’s.

Unfortunately, all this goodwill has been squandered by this government due to a messiah complex, intellectual laziness, bad governance, endemic corruption, incompetence, mediocrity, nepotism, arrogance of power, sense of entitlement, stubbornness, aversion to constructive criticisms, delegation of responsibility without supervision or holding anyone accountable, indifference, distance and disconnection from and insensitivity to the sufferings of our people.

Today, the nation is at a crossroads with its fragile democracy threatened by the worst insecurity of our lifetime. The nation and its people are much less secure, poorer and more divided than ever before. The mood of the citizenry is that of anger, depression, hopelessness and terror.

This government has repeatedly shown that it is incapable of fulfilling its primary responsibility of protecting and securing the people, The honest truth is that it has run out of any fresh ideas on how to get the country out of the current security quagmire but pride and ego is preventing it from reaching out nationally and internationally for help.

People in the North have for too long made excuses for and given a lot of latitude to this President despite all that has been going wrong in their personal lives and the country, they keep hoping and praying that things would change. Criticizing the President was at one time considered almost blasphemous in the region.

But this unconditional love is waning all across the region especially in the President’s home state of Katsina where a third of the state is under siege by bandits and mass killings are daily occurrences. The capital city Katsina, is filling up with IDPs displaced from the 13 LGAs terrorized by these armed bandits.

The deafening silence in the North to our people’s sufferings is not only morally wrong but it nourishes, validates and perpetuates the failings of this government. The region has now literally become an orphan with two living parents on account of our silence.

Those of us who criticize this President and his government do so primarily because it is our duty and responsibility as citizens to speak up at times like this when things are going wrong but most importantly, we speak up because we care deeply for this country and are very worried by the current state of the nation.

Gidan Bawa massacre: The nation awoke on 6th December 2021 to the horrifying news of the gruesome massacre of 42 innocent travelers including women, children and babies at Gidan Bawa in Sabon Birni LGA of Sokoto State.

Armed bandits ambushed and shot at their bus setting it ablaze and stood guard watching until all the passengers were burnt alive. The menacing presence of the armed bandits prevented anyone from responding to the people’s screams for help.

Sokoto east: Sabon Birni, Isa, Goronyo, Illela and Wurno LGAs in eastern part of Sokoto state are now under the control of a notorious bandit called Bello Turji who was dislodged by recent military operations in Zamfara state. His gang is terrorizing this part of the state and is responsible for the recent burning to death of 42 passengers in Gidan Bawa and more.

Residents of these areas come under constant attacks by armed bandits, their markets and schools remain closed and farmers are scared off their farms. Bandits change the village heads and impose taxes on the villagers.

There is a mass exodus of refugees into the neighboring Niger Republic. In Sabon Birni, residents say that only about 20 lightly armed soldiers were sent to fight more than 300 heavily armed bandits and that these soldiers stayed for a short time leaving them to endure lethal reprisal attacks by these bandits.

Zamfara military operations: Code named “Operation Hadarin Daji”, is a classic case of a military operation that was poorly planned and poorly executed without any strategy on how to handle the predictable disastrous consequences.

This military operation is singularly responsible for the recent upsurge of banditry in Sokoto, Katsina, Kaduna and Niger States that has cost the lives of many citizens.

Governor Aminu Waziri Tambuwal of Sokoto state said as much when he bared his mind to the Presidential delegation of security chiefs led by the NSA that visited him in Sokoto after the Gidan Bawa massacre.

Governor Tambuwal’s words: “Our situation in Sokoto state got worsened by the military operations in Zamfara state. The operations took us by surprise. I can tell you, Mr NSA, we the Governors of the North-West have been appealing for this operation for the last four years.

What we requested was that once the military is ready for the operations, it should be carried out simultaneously in Zamfara, Katsina, Kaduna, Kebbi, Sokoto and Niger states where we are having infiltration of these criminals. Unfortunately, Zamfara was isolated and this was what we got by Operation Hadarin Daji, which was carried out without any blocking force around the neighboring states, particularly speaking for Sokoto state.

Also, the timing of the operation didn’t help, unfortunately, our security agents do not have enough equipment to move and curtail and contain those that would wander towards Sokoto state. So, the timing and way the operation was carried out left Sokoto very vulnerable”.

Massacres in the NW & NC: The gruesome nature of the Gidan Bawa massacre in Sokoto state made headlines but, there are many more equally as gruesome that occurred in the NW and NC that did not make the headlines.

In Niger state, armed bandits killed 9 worshippers in Ba’are in Mashegu LGA following a similar attack in October in Maza-Kula in the same council area where 17 worshippers were killed.

In Katsina state, Batsari LGA, gunmen killed at least 11 people and injured 13 others setting dozens of houses and vehicles on fire. In Kaduna state, the news is equally as depressing with the recent killing of a Pastor and innocent citizens in the rural areas. Kaduna-Abuja highway has now become highway to hell due to abductions by bandits.

Zamfara state, the epicenter of banditry has not seen any respite from bandit attacks who control major highways and villages operating unchecked.

Media: “Journalism can never be silent: that is its greatest virtue and its greatest fault. It must speak, and speak immediately, while the echoes of wonder, the claims of triumph and the signs of horror are still in the air.” – Henry Grunwald (Former editor TIME magazine)

Nigerian mainstream media outlets with a few notable exceptions, seem fatigued and are accepting these incessant massacres in the land as the new normal. There is not sufficient outrage or reporting on them, they are relegated to timid headlines or mere scrolls on the tv news ticker. The Hausa services of the BBC, VOA, RFI and Deutsche Welle (DW) are doing excellent and commendable work in their coverage from the frontlines.

Presidential directives: I have reviewed several video clips ofthe National Security Adviser’s (NSA) press briefings after many security meetings in which he briefs the nation on the directives of the President to him, the NSA, the Minister of Defense and the Service Chiefs.

Unfortunately, that is where it all ends because none of the many directives given by the President and Commander in Chief of the Nigerian Armed Forces to the Service Chiefs has been complied with and no one has been held accountable.

Military: Our Military cannot exonerate itself from blame on the security quagmire the country finds itself in. President Muhammadu Buhari, the National Assembly and State Governors have all given them maximum support in spite of the current economic challenges. But, results on the battlefield are not commensurate with this support.

It is inexcusable that a bunch of ragtag bandits are defeating our beloved Armed Forces. The Military must do a lot more because the nation expects no less and citizens are tired of excuses, propaganda or highfalutin phrases from their Generals.

Intelligence services: The fact that the twin security challenges of banditry and BH insurgency are flourishing unchecked in Nigeria is a reflection of failure of the nation’s national intelligence capability.

Police: This crucial arm of national security has been relegated to manning checkpoints, guarding VIPs, banks and businesses in the cities while our people particularly in the rural areas are left unprotected at the mercy of criminals. Things need to change.

Where are our statesmen? Nigeria was built on the blood and sweat of our heroes past some of whom are still alive. I have often asked myself that if the state is failing, where are the statesmen? This nation needs the wise counsel and intervention of these illustrious patriots now more than ever before. It is reassuring to hear some of these old warriors speaking up on the state of the nation.

Where is our president? Nothing coming from this President shocks me anymore. Just three days after the gruesome massacre of 42 innocent citizens burnt to death in Gidan Bawa Sokoto state, the President made time to fly out to Lagos to attend a book launch for a political ally sending his security chiefs to Sokoto and Katsina instead to represent him.

Accountability: Our political leaders and all those saddled with the responsibility of securing our people need no reminding that they will undoubtedly be asked to account for every bloodshed, every innocent life lost, every family bereaved, every woman raped, every person kidnapped, every ransom paid, every cattle rustled, every person displaced to IDP camp and every family that goes to bed hungry on account of their actions or inactions during their stewardship.

The ship of state is drifting. The President needs to act urgently and decisively to put this ship back on course.