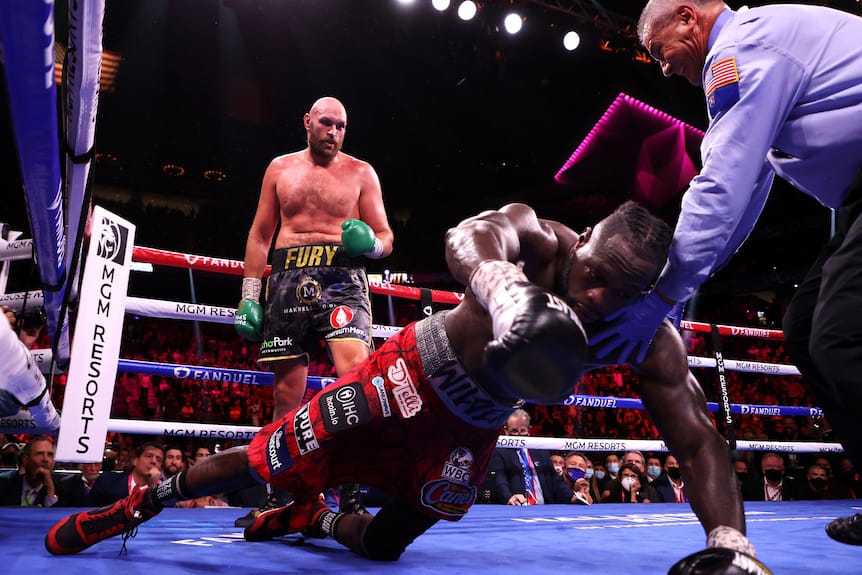 The WBC on their Twitter handle yesterday have ordered the start of the free negotiations period pursuant to the WBC Rules & Regulations for the mandatory bout between WBC World Heavyweight Champion Tyson Fury and Mandatory Challenger and WBC Interim World Champion Dillian Whyte.

This just end all the speculation of an undisputed world title fight between the WBC champion and Oleksandr Usyk. The parties are currently in the free negotiations period and have 30 days to agree a deal or purse bids will be called. Fury vs Whyte bout is an opportunity for Dillian White to get a shot at the undisputed. Can there be an upset..hmm?!

Whyte has been waiting for a shot at the undisputed WBC title since outpointing Robert Helenius in 2017 to win the silver belt. He lost the interim title to Alexander Povetkin last August but avenged the loss to reclaim the belt in March of this year.

Now he has opportunity to challenge for the UNDISPUTED winner which the heavyweight seems to be talking so much about. Lennox Lewis is the last undisputed heavyweight Champion in present times, since the last 1983- 2017 era of WBC, WBA- IBF.

The 2017 era has much belts unlike the eras before it. What this mean is that the UNDISPUTED winner will be holding four belts, WBC, WBO, IBF and WBC. This is why it is very interesting and so much talk about it.

In the last era, Mike Tyson became the first of his generation to become undisputed Heavyweight Champion by unifying his WBA and WBC, with Tony Tucker’s IBF belt. The Ring Magazine later recognized him as champion on June 27, 1988.  And at the end of that era, Lennox Lewis ended that era that come next to the most fluid 1962 – 1983 era.

The 2017 era has only Fury, Joshua, and Wladimir Klitschko to have all held three of the belts in the four-belt era. We hope we get a FURY vs Joshua for undisputed heavyweight championship winner as you know boxing is not just a sport also a business.

Anthony Joshua ascent toward global stardom and multi-million-dollar purses has been frighteningly quick. A possible Fury vs Tyson is just what this generation deserve. Joshua have had to lose his three belts, which ordinarily had made him undisputed heavyweight champion in the 1983 – 2017 era.

Tyson Fury is the best conditioned fighter of his era. He looks more likely to be crowned the UNDISPUTED. He has not lost a heavyweight bout. He remains undefeated as a professional with a career record of 31-0-1.

Fury has cemented his status as one of the all-time greats after one of the best fights Las Vegas has ever witnessed, a trilogy fights worthy of recognition as one of the best ever staged.  So, for the biggest bout to happen, AJ has to pass the Oleksandr Usyk fight. And as expected Tyson Fury will pass Dillian White.

I hope it is the AJ VS FURY for the money.