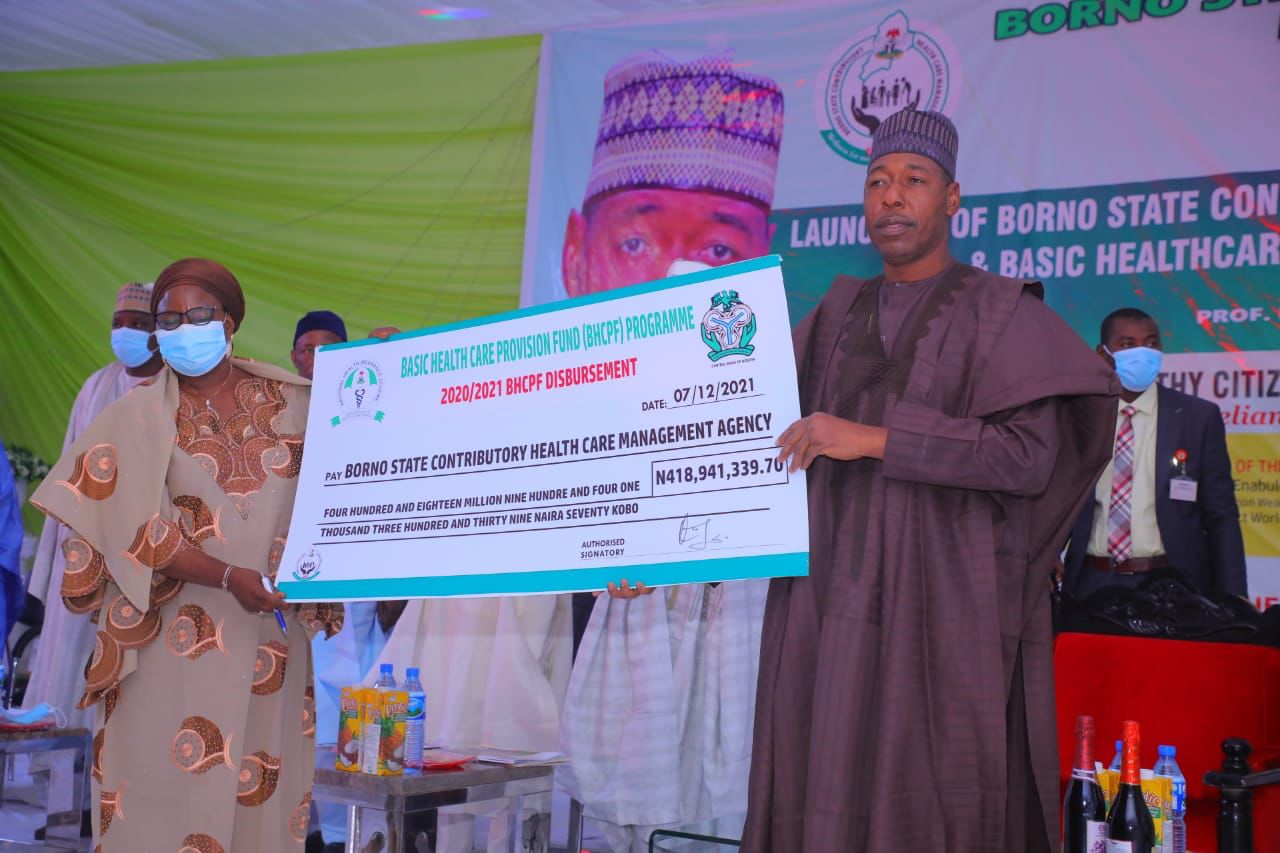 Launch held at the Multipurpose Hall of the Government House in Maiduguri, with the participation of Zulum, the Minister of State for Health, who was represented, as well as the National President of the Nigerian Medical Association, and other healthcare stakeholders.

The fund with a total of N418, 941,339.70 kobo is meant for primary healthcare centers to sustainably procure drugs, some medical consumables, and also fund some human resource and managerial needs for a period of time from now to the 2022 calendar year.

The 79 selected PHCs were allocated different sums, depending on their sizes, number of beds, nature of services, and estimated population of patients. Some PHCs with a greater number of beds and healthcare workers, are established to serve more patients, especially in communities with high population of residents and less alternative healthcare institutions nearby.

Zulum’s launch of the N418m fund was in addition to an earlier release of over N300m for the procurement of drugs distributed to PHCs located in low-income communities, the Governor said. He added that the State has sustained its provision of free maternal healthcare services to residents.

Speaking at the Maiduguri launch, Minister of State for Health, Dr. (Sen.) Adeleke Olorunmi Mamora said “(the) Federal Ministry of Health is fully aware of the exceptional efforts Your Excellency (Governor Zulum) is making to develop the primary, secondary and tertiary healthcare in Borno State”.

Represented by the CMD of UMTH, Professor Ahmed Ahidjo, the Minister cited Zulum’s ongoing construction of the Borno State University Teaching Hospital and the establishment of a medical college, as well as the construction of numerous primary healthcare centres, upgrading and modernization of existing hospitals and equipping them with medical workers, diagnosing equipment and drugs.