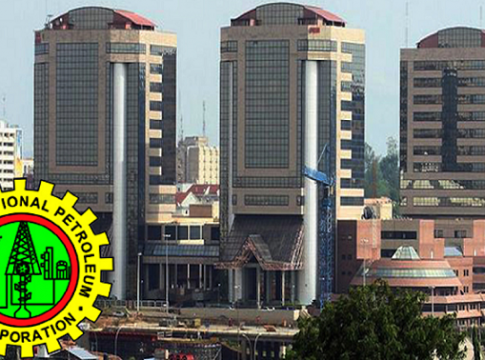 Nigeria got no revenue from crude oil export in the month of October, despite an average daily oil production of 1.417 million barrels in the month of September, latest report by the Nigeria National Petroleum Corporation, NNPC, has shown.

NNPC in its report to the Federation Account allocation Committee, FAAC, released at the weekend, disclosed that petrol subsidy for October was N199 billion.

‘’The amount would be deducted from November revenue due to FAAC in December,’’ the corporation stated.

On export of crude oil, the report added: “No crude oil export revenue for the month.    Domestic gas and other receipts in the month were N6.78 billion.

‘’The Domestic Gas (NGL) in the month was N4.07 billion. NLNG: Feedstock valued at $59.43 million was sold to NLNG during the period out of which $52.57 million was received during the month. The difference being MCA obligations, Gas reconciliation and credit notes.

“Other receipts: The sum of $95.63 million, being miscellaneous receipts, gas and Ullage fees and Interest income was received in October 2021.”

FAAC: FG, states, LGs share N699bn as allocation in December up by N23bn