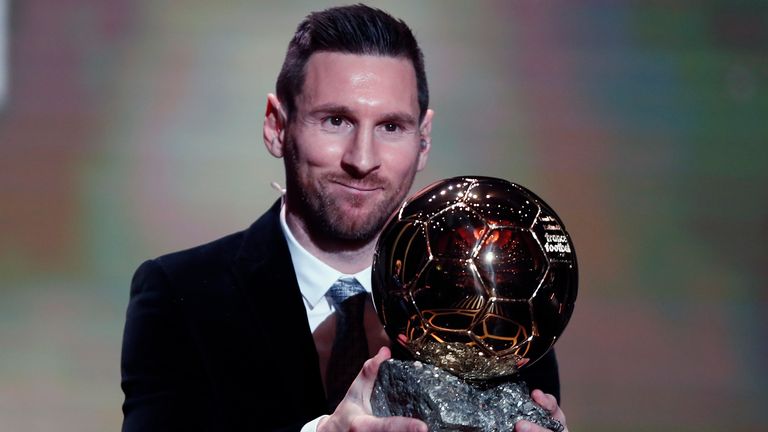 Lionel Messi has won the men’s Ballon d’Or for a record seventh time.

Messi, who left Barcelona as a free agent to sign for Paris Saint-Germain in the summer, was presented with the award for best men’s footballer in the world on Monday night in Paris after another record-breaking 12 months for club and country.

“I’m really proud to win the France Football Ballon d’Or once again,” said Messi. “It’s incredible to win it for the seventh time. I would like to thank my family, my friends and all the people who follow me and always support me, because without them I couldn’t have done it”.

Messi, who wore a sparkly dinner jacket at the ceremony in Paris, collected the honour for a record sixth time in 2019 – one ahead of great rival Cristiano Ronaldo – before the awards were cancelled in 2020 due to the coronavirus pandemic.

Poland international Lewandowski, 33, who was widely expected to win last year, finished second after scoring 38 goals in 30 league games for Bayern in 2021.

Meanwhile, Jorginho finished third after a standout year in which he helped Italy to glory at the delayed Euro 2020 after lifting the Champions League trophy with Chelsea in May.

Chelsea also won the club of the year award for having most players nominated across all of the categories.

In July, the 34-year-old ended his long wait for a major international trophy by winning the Copa America with Argentina as they beat hosts Brazil in the final.

Messi shared the Player of the Tournament prize with club-mate Neymar and took home the Golden Boot after registering four goals and five assists.

Three months prior, Messi scored twice in the Copa del Rey final to win his 34th – and final – trophy with Barcelona as they beat Athletic Bilbao 4-0 and finished the La Liga season as top scorer with 30 goals.