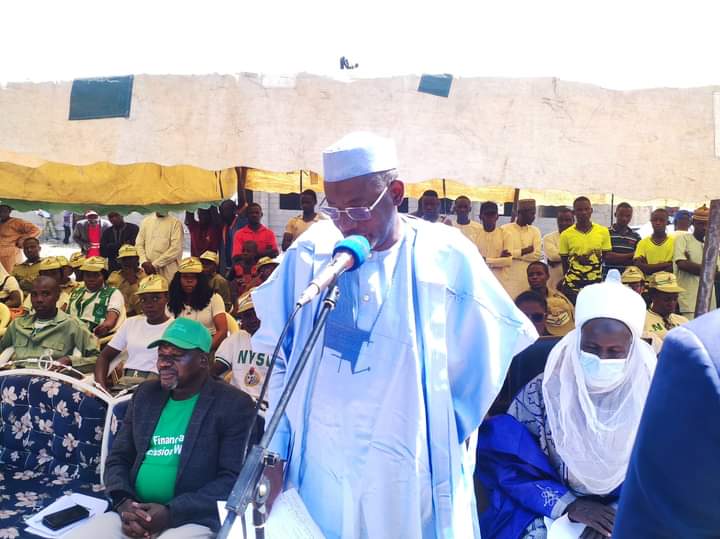 Central Bank of Nigeria has concluded plans to expand the women and youth participation in to banking system in Jigawa state as it currently has the highest number of un-banking people in Nigeria.

The Director Development Finance Department of CBN, Mr. Philip Yila Yusuf stated this while speaking at flag-off of the Digital Financial Inclusions Drive for women and youth held in Dutse.

Mr. Philip Yila Yusuf who was represented by the Controller, Central Bank of Nigeria (CBN), Dutse branch, Mr Audu Amadu said: “the financial inclusion in Jigawa state stand between 10 to 15 percent which is one of the lowest in the country.”

According to him, lack of access to financial institutional services is one of the contributory factors to the prevailing high rate of poverty in the state.

“Under this project we are targeting 25,000 women and youths in the state who have no bank account to get it in ongoing five-day of Digital Financial Inclusion week.”

Amadu noted that five local government areas of the state with no presence of financial institutions were targeted for the exercise which will be carryout free of charge.

“This program will complement the policies of state and federal government toward expanding access to financial services for growth and development in the country, “he declared.

In his speech, the Jigawa state governor, Alhaji Muhammad Badaru Abubakar, commended the CBN for the initiative, saying that it would enhance the economy and Growth Domestic Product (GDP) of the state.

The Governor who was represented by his Deputy, Alhaji Umar Namadi maintained that, by opening bank accounts, the vulnerable groups, particularly youths and women, will be able to access loans and other interventions that will enable them to establish small scale businesses in the state.

In his remarks, the Emir of Dutse, Dr Nuhu Muhammad who was represented by the district head of Chamo, the Sakin Yara of Dutse, zauna Alhaji Salisi Sambo urged the apex bank to collaborate with traditional institutions while giving loans to people.

Muhammad noted that community leaders are in the best position to identify those who can pay back the loan or otherwise.

Nigeria gets WHO certification to produce vaccine

Customers of Dangote Cement are Kings