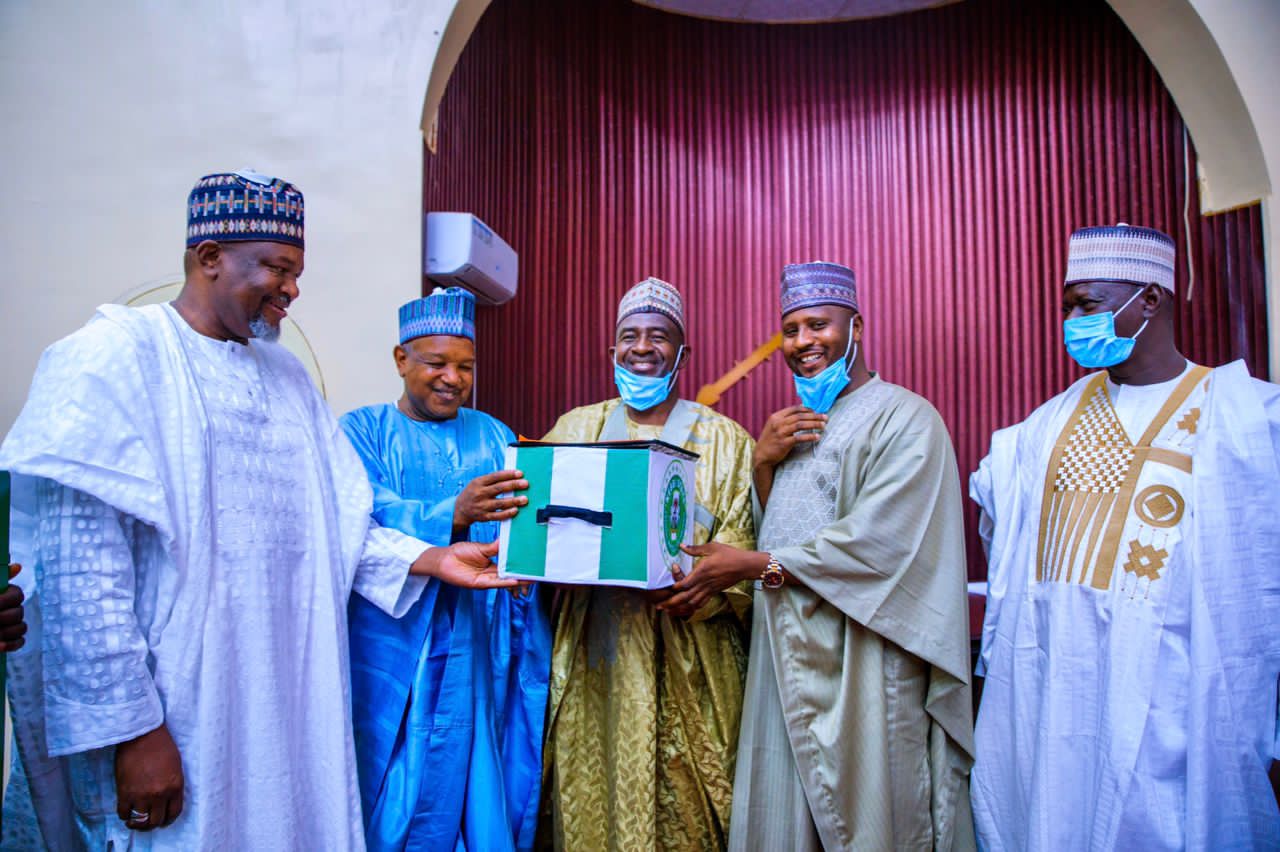 Kebbi state government plans to expend N189.2 billion (one hundred and eighty-nine point two billion naira) for its services in the 2022 fiscal year.

Of the figure, about one hundred and twenty-eight point two billion naira will be devoted to capital projects while sixty-one billion naira goes to recurrent expenditure.

Governor Abubakar Atiku Bagudu announced this while presenting the 2022 budget, tagged “Budget of Economic Consolidation” to the Kebbi State House of Assembly for ratification, Thursday.

He told the honourable members of the legislature that the focus of incumbent administration on the implementation of the budget was premised on enhancing agriculture and mineral resources productivity.

This is tailored to providing access to improved technology, finance and services towards increasing income generation, food security and poverty reduction.

Furthermore, the government aims to improve livelihood of youths and women in an inclusive manner through job creation and social economic empowerment that delivers social progress and transformation.

Governor Bagudu made it clear that inspite of the challenges brought about by covid-19 pandemic in the implementation of the last two budgets, his administration was able to remain resolute by maintaining payment of workers remuneration and running costs of government without stagnation of government machinery.

He added that despite shortfall in revenue, the government has continued to invest in human capital development while investments in social services have thrived.

This has been manifested in critical infrastructure, primarily roads, hospitals and schools while agriculture, the mainstay of the state has blossomed.

Senator Abubakar Atiku Bagudu was happy to inform members of the assembly of being a recipient of an award from the minister for agriculture for being the only state in the federation to have met Maputo declaration target of dedicating ten percent of its budget to agriculture for three consecutive years.

He highlighted other achievements recorded in the 2021 budget to include expenditure of forty-five point five billion naira of the fifty-two-billion-naira revenue received as at September ending.

Furthermore, compensation has been paid to pave way for construction of township roads and establishment of Kebbi Geographical Information System (KEBGIS) for computerization of land records at more than one billion naira.

He was also delighted to announce that four hundred and eighty million naira has been paid as scholarship fees to Kebbi state indigenes studying in various institutions of learning across the country.

Likewise, preparations have been concluded to sponsor two hundred and fifty students of the state origin to study medicine and engineering abroad.

The Governor gleefully told the speaker and other lawmakers that since the APC-led administration took over the mantle of leadership, it has experienced rise of three hundred and eighty-three percent on internally generated revenue.

Also, Kebbi state is the third most capable state of investing in capital infrastructure after off-setting running costs and debt obligations. The governor explained that the debt sustainability analysis of the state portrayed that it was below every relevant solvency and liquidity ratio with the exception of IGR ratio which the government has been working actively to correct.

Bagudu said with the support of the Kebbi State House of Assembly, the State ranked the fifth best fiscally managed state in the whole federation while it has now occupied seventh position as the last dependent state on federal allocation under the 2022 budget, the governor informed the assembly that a CBN bridging loan of eighteen billion naira would be expended on infrastructure, mainly, roads, bridges and a stadium while part of the money would be spent on the new state secretariat scheduled to be completed and commissioned in 2022.

In addition, the loan would also be used on renovation of schools, primary healthcare centres, general hospitals and deprived urban areas.

The Kebbi State Chief Executive said as part of legislative agenda of the administration, the government would strengthen digitalization of the state land records of which a bill would be transmitted to the house on institutionalization of Kebbi Geographic Information System which has already mapped out more than fifty percent of some urban areas including Birnin Kebbi, Zuru, Jega and Argungu.

In the same vein, the Executive Arm will be sending a legislation to the Assembly for passage aimed at making Kebbi State attractive to investors of which draft proposal has already been drawn up for the establishment of Kebbi state investment promotion agency.

Governor Bagudu explained that the 2022 budget of economic consolidation has been designed for the presentation circumstance and preparing for the future that guarantees opportunities in the face of difficulties and challenges for economic growth and encompassing prosperity.

He remarked that from Ngaski to Augie and from Danko-Wasagu to Bagudo, the budget was fit for the targeted purpose and for all indigenes of Kebbi state.

The Governor sincerely thanked members of the state house of assembly for their cooperation, support and understanding with the executive arm of government which made it possible to attain the appreciable achievements recorded.

He was emphatic that the cooperation between the legislative and the government in Kebbi state was among the best in the country.

Receiving the 2022 budget proposal the speaker of the House, Alhaji Muhammad Sani Abubakar Lolo, commended the governor for extending an olive branch of working relations to members of the assembly.

Rt. Honourable Sani Lolo gave an assurance that the fiscal document would be given appropriate scrutiny and quick passage.

Among top government functionaries who accompanied the governor to the House of Assembly for the budget presentation were the State Deputy Governor, retired Colonel Sama’ila Yombe Dabai, the Chief of Staff, Government House, Alhaji Suleiman Muhammad Argungu, the Secretary to the State Government, Alhaji Babale Umar Yauri and the acting Head of Service, Alhaji Safiyanu Garba Bena.