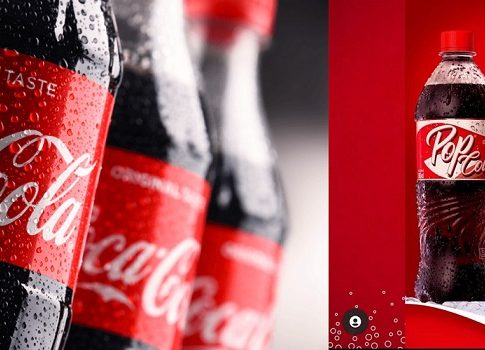 Pop-cola was a new Industry launched in June this year by Mamuda Beverages Nigeria limited.

A copy of motion ex parte Obtained by Africa Press shows that the Coca-Cola is accusing Mamuda Beverages companies of using a ‘RIBBON device’ trade mark that is near identical to its ‘dynamic ribbon device’ trademarks as well as depicting it’s Pop cola product in a script that mimics and causing the mark to be confusingly similar to Coca-Cola trademark.

According to the motion “the defendant (Mamuda Beverages Nigeria limited) is distributing and advertising it’s Pop cola products in get up that consists exclusively of a combination of all of the elements that comprise the applicant’s famous Coca-Cola trade dress.

“The defendant’s use of the trademarks ‘Ribbon device’ and ‘Pop-cola’ in special script amounts to an infringement of applicant’s right of exclusivity of use of the marks ‘Coca-Cola’ script and ‘dynamic ribbon device’ and is liable to create confusion to the general public, foreign and international, as to the likelihood of an association between the applicant and the defendant.

The Coca-Cola claimed that it is the proprietor of trademark ‘Coca-Cola (script)’ and ‘dynamic ribbon device’ both in Nigeria and worldwide, adding that the marks have been registered by the company in numerous countries across the world including in Nigeria.

It therefore seeks an order of interim injunction “restraining the defendant, it’s employees or agents from using, affixing or displaying on any beverage product, vehicle, stationery, advertisement, putting to commercial use in any manner or form for the purpose of commercial benefit or otherwise, the ‘ribbon device’ and the special script in which the ‘pop-cola’ has been depicted on its advertising materials that is similar to ‘Coca-Cola (script)’ and ‘dynamic ribbon device’ trade mark pending the determination and hearing of motion on notice.

However, when the matter was called on Tuesday for hearing counsel to Coca-Cola filed a further affidavit and additional documents.

Counsel to the defendant, George Ogunyomi urged the honorable Court to hold that it would not be just for the matter to proceed without allowing time for the defendant to respond the said further affidavit just filed by the plaintiff.

The trial judge Muhammad Nasir-Yunusa adjourned the matter to December 11, for further hearing.