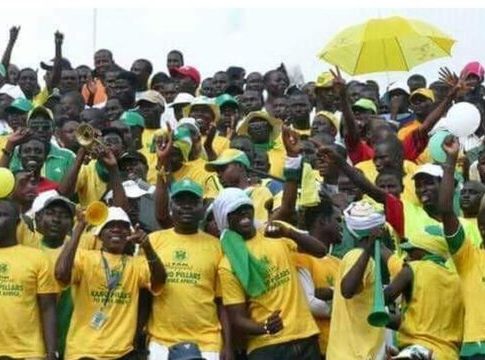 Nigerian Professional Football League (NPFL) is a league like no other. It is the highest level of the Nigerian Football league system for the Nigerian Club Championships.

In 2012, International Federation of Football History & Statistics ranked it as the best league in Africa and 24th best in world.

The league is full of talented footballers and has produced a vast number of players; their names echo in football history.

Nigerian league has a massive followership with loyal and dedicated fans ready to go the distance. The massive fans turn out in Kano whenever their legendary heroes Kano Pillars play at home or beyond at The Cathedral Home of Enugu Rangers or Enyimba in Aba is a typical example that shows how the league has a strong cult-like followership.

League matches between Enyimba vs Enugu Rangers, Kano Pillars vs Enyimba, or Katsina United vs Kano Pillars is always sold-out. On such match-day’s, the Stadium Stewards and Security Personnel will have an uphill task in terms of crowd control.

Television plays an important role in live broadcast of sport events being streamed across various mediums, football in particular.

It provides an opportunity for football loving-fans to watch their favorite teams or listen match commentaries on radio-waves whether from the comfort of their homes, offices or when on transit.

The positive effect of media coverage of live football matches cannot be overemphasized.

This was among a number of reasons why Shehu Dikko led LMC (League Management Company) entered into partnership with Red-Strike Media last season to broadcast live NPFL matches through NPFL Tv.

The fans are now chanting in their hearts out for the new season to begin and welcome the new players who are ready to make their mark in the league.

They also pray for improved officiating and all the good things that the beautiful game is ready to offer including the cheers, the boos and the banter.

Adamu is a freelance Sport Writer, he can be reach via jameelubaadamu@yahoo.com