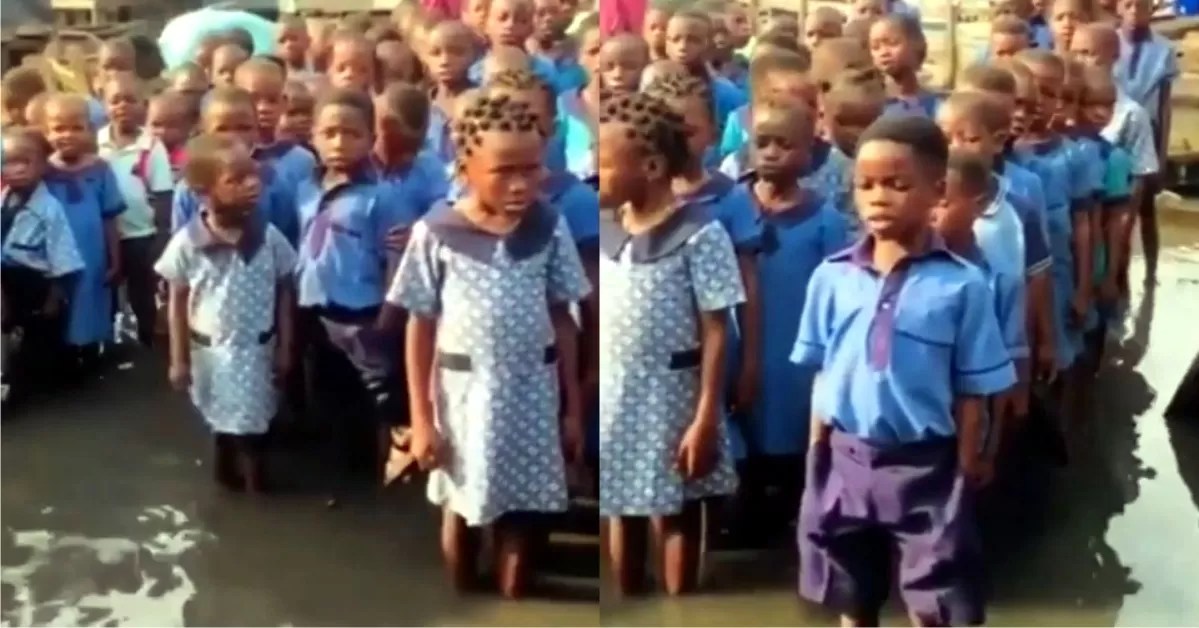 The Lagos State Government has reacted to a viral video of pupils singing the national anthem in their flooded school assembly ground.

The students were seen in a video standing in the middle of very dirty water alongside their teachers during the traditional morning assembly in a school in the Makoko area of Lagos State.

Reacting, the state Commissioner for Education, Folashade Adefisayo in a signed statement on Sunday, said that the building had been demolished and is being built, adding that the video was taken months ago.

“The school assembly viral on social media is a low-cost private school in Makoko, Lagos State.

“The video was taken some months ago by a church that wanted to use the video to raise funds for the school.

“The building has been demolished and is being rebuilt. Lagos State authorities are sending officials there on Monday to ascertain level of progress.

Thanks for your concerns,” the statement read.