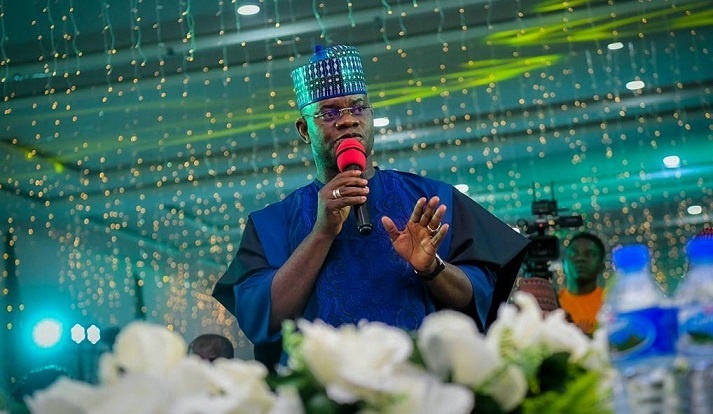 Gov. Yahaya Bello of Kogi on Friday said that “a truly free and vibrant press is more powerful than the three traditional Arms of Government combined.”

Bello made the statement at the opening session of the 29th edition of the Nigerian Media Merit Award (NMMA) at the Government House Lokoja.

According to Bello, the modern society cannot do without journalists who are helping to bring order to society and engender human cooperation.

“A truly free and vibrant press is more powerful than the three traditional Arms of Government combined.

“In fact, the world would be a scary and dark place without the mavens who collect, curate and communicate information in a timely and responsible manner.

“In so doing they dispel falsehood, eliminate dangerous assumptions and provide societies with the basic premises upon which governance and other decisions can be made,” the governor said.

He, however, noted that lives and whole societies had been ruined by the irresponsible practice of journalism by some media practitioners, or quacks who impersonated them.

“Fake news is ubiquitous nowadays, whether it is rumour-mongering, dangerous innuendo, character assassination or other forms of inaccurate reportage.

“The problem is so endemic that in Q3 2020 alone, statistics show there were 1.8 billion engagements with fake news on Facebook alone! Nigeria, like many countries, has fallen victim to it many times, sometimes with devastating loss of lives or properties.

“The Press is therefore one of the inescapable hallmarks of modern society and in particular, the custodian of public perception. What a divine responsibility!

“However, the Press is useful only to the extent that it functions within the ambits in line with demands of propriety. It must regulate itself with the help of the Law to avoid malfunction,” he said.

Bello stressed that practitioners must recognise that due to the incredible powers which society had entrusted to them, there should be a corresponding demand for responsibility, ethics and professionalism in the exercise of those powers.

“Necessity is therefore laid on the real journalists to stand up and be counted when it comes to taking back their profession from the quacks and the hacks, specifically the myriad of unregulated persons armed with Internet-enabled devices who haunt the media space, especially on social media.

“These malicious persons wreck lives and reputations by the millions simply because someone paid them, or because they have real or imagined grouse against an individual or institution. Worse, they proceed without a care in the world because no one regulates them.”

He, therefore enjoined the NMMA as the most important institution to reward merit in the way individuals and media houses practice journalism, while providing critical motivation for the real journalists to do their work professionally.

“In this way, the NMMA help to promote sanity in the industry and simultaneously function as an accountability partner for most professional journalists,” the governor said.

“We are indeed proud to partner with you to deliver the NMMA in this 31st year of the NMMA Trust.

“Even after now, we will commit to help move forward this laudable objective of recognizing and rewarding merit-based media practice.

“I assure you that since we came to Office and as we match towards 2023, we have given ourselves the task of rediscovering and reawakening that promise of a Great, functional and egalitarian Nigeria.

“I promise you that we will do our very best, by the grace of Almighty God, to restore to Nigeria a Vision and a Pathway, call it a New Direction, to reach her full potential which was kickstarted here so many years ago.

“Lokoja, Kogi State is the safest place you can be and I urge everyone to relax and have fun without any fear,” Bello said.

Rev. Paul Frank who spoke on “Building Religious Tolerance,” commended the governor for providing level playing ground for all religions to strive in the state.

According to Frank, he Kogi State Religious Council is proud of the governor for his spiritual and financial support to all religious bodies in the state.

The cleric stressed that the governor’s spirit to build a befitting Chapel in Government House, was a resounding testimony even though he is a Muslim.

NAN reports that a special multimedia presentation on Bello’s Administration and Achievements was made, tagged: “Kogi State Today”.

The presentation showcased the unprecedented achievements of Bello’s administration in security, education, health, infrastructure, agriculture, women and youth empowerments, revenue generation, among others.