Biden Lands in Europe Ahead of COP26 Climate Summit 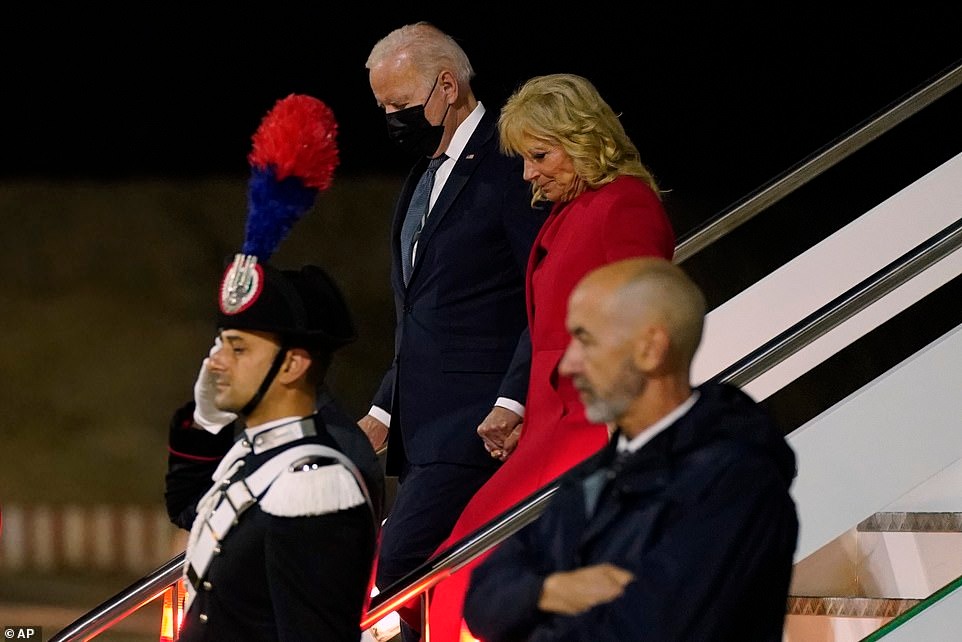 President Joe Biden has arrived in Europe ahead of next week’s key UN climate summit, with his signature climate policy yet to pass through the US Congress.

Before leaving Washington, Mr Biden described the measures as historic.

But differences among Democrats mean it is unlikely to pass before the summit.

“It’s a framework that will create millions of jobs, grow the economy, invest in our nation and our people, turn the climate crisis into an opportunity, and put us on a path not only to compete, but to win the economic competition for the 21st Century against China and every other major country in the world,” Mr Biden said in a TV address from the White House.

Build Back Better covers a wide range of extra funding for health and child care, education and clean energy reforms.

The green spending would seek to dramatically slash US greenhouse gas emissions by 2030, provide new tax breaks for electric vehicles and roll out installation of solar panels on American homes.

The president had hoped to have the package passed in time for the global COP26 climate summit which begins in Glasgow on Monday.

Mr Biden implored Democrats during a closed-door meeting on Capitol Hill to support his legislative plans, saying he wanted to prove that US democracy still works.

Left-wing Senator Bernie Sanders said Build Back Better was “probably the most consequential bill since the 1960s”, but added that there were some major gaps in it.

The left of the party is unhappy because the plan does not include paid family leave, free community college, a large healthcare expansion, a tax on billionaires or lower prescription drug prices.

The original price tag for the proposal was $3.5tn, but it has been cut in half at the insistence of two centrist Democratic senators who could doom the bill in the Senate.

The objections by Joe Manchin of West Virginia and Kyrsten Sinema of Arizona have infuriated the left of the party.

On Thursday Mr Manchin and Ms Sinema issued lukewarm statements that still declined to back the president’s stripped-down bill.

The House will not vote on the infrastructure bill until next week at the earliest. Mr Biden is due back in Washington on Wednesday.

COP26 is the second summit President Biden will attend in Europe. He arrived in Rome early on Friday for a weekend summit of the G20 major economies where plans for a global minimum tax will be on the agenda.

America’s second Catholic president will also meet Pope Francis at the Vatican. He heads to Scotland on Sunday night.

COP26 climate summit – The basics
• Climate change is one of the world’s most pressing problems. Governments must promise more ambitious cuts in warming gases if we are to prevent greater global temperature rises.
• The summit in Glasgow is where change could happen. You need to watch for the promises made by the world’s biggest polluters, like the US and China, and whether poorer countries are getting the support they need.
• All our lives will change. Decisions made here could impact our jobs, how we heat our homes, what we eat and how we travel.
(BBC)