Officials say GDP grew at its slowest place in a year in the third quarter, amid power cuts, property woes and COVID-19 concerns. 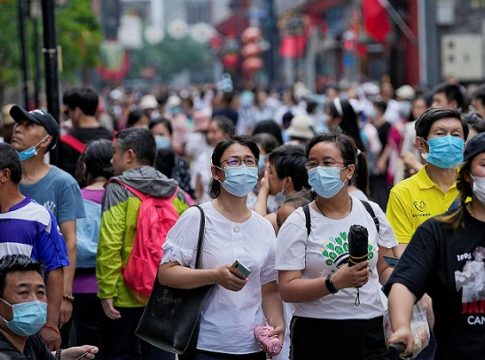 China’s economy grew at the slowest pace in a year in the three months that ended in September, buffeted by power shortages, supply bottlenecks and sporadic outbreaks of COVID-19, increasing pressure on policymakers amid rising concern about the health of the property sector.

Data released on Monday showed gross domestic product (GDP) grew 4.9 percent in the third quarter, compared with a year earlier, the slowest since the third quarter of 2020. The growth was also below economists’ expectations with a Reuters poll of analysts expecting GDP to rise 5.2 percent and a poll by the AFP news agency predicting growth at 5 percent.

“We must note that current international environment uncertainties are mounting and the domestic economic recovery is still unstable and uneven,” National Bureau of Statistics (NBS) spokesman Fu Linghui said on Monday.

China’s economy, the world’s second-largest, expanded 7.9 percent in the second quarter, and 18.3 percent in the first quarter, which benefitted from comparison with the COVID-19-induced slump of early 2020.

The struggles of property giant Evergrande – struggling with debts amounting to more than $300bn – have been made prospective buyers cautious.

Kuijs noted there was an “additional hit in September” from electricity shortages and production cuts due to the strict implementation of climate and safety targets by local governments.

He added that the damage was visible in the slowdown of industrial output.

Victor Gao, vice president of the Center for China and Globalization in Beijing, told Al Jazeera the latest data was on the “lower side” but added that China remained “confident” it could reach growth of about 8 percent for the year.

“That would make China one of, if not the, best performers among the larger economies in the world,” he said.

Chinese leaders, fearful that a persistent property bubble could undermine the country’s long-term ascent, are likely to maintain tough curbs on the sector even as the economy slows but could ease some measures if needed, policy sources and analysts said.

“In response to the ugly growth numbers we expect in coming months, we think policymakers will take more steps to shore up growth, including accelerating infrastructure development and relaxing some aspects of overall credit and real estate policies,” Kuijs told the Reuters news agency.

Premier Li Keqiang said on Thursday that China has ample tools to cope with economic challenges despite the slowing growth, and the government is confident of achieving full-year development goals.

Retail sales picked up to 4.4 percent – from 2.5 percent in August – with fewer virus containment measures in China, which has imposed swift local lockdowns over a handful of coronavirus cases.