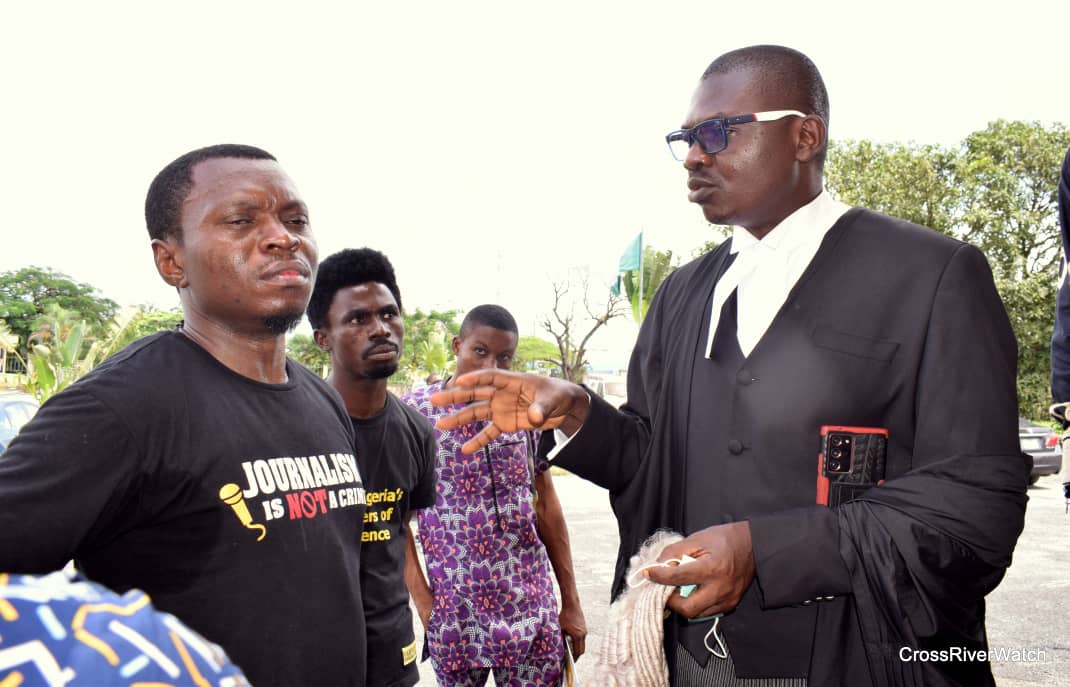 Nigerian journalist and rights activist, Agba Jalingo will on November 25th take plea for the fourth time in his criminal trial over an article he wrote in 2019 demanding for the whereabouts of the NGN500 million approved and released by the Cross River State Government for the floating of the State’s Microfinance Bank.

It will be the first time he will be taking a plea before Justice Ijeoma Ojukwu whom he appeared before on Monday, 613 days after he was admitted to bail on February 13, 2020, by Justice Sule Shuaibu following repeated denials by Justice Simon Amobeda.

Jalingo pleaded not guilty to four charges preferred against him when he was first arraigned on September 25, 2019. The then prosecution counsel, Dennis Tarhemba filed amended charges dated October 11, 2019 which were read to him and he pleaded not guilty.

Also, on February 13, 2020, upon the hint of Court and after the Cross River State government had taken over prosecution from the Federal Government, the State’s Attorney General, Tanko Ashang reverted back to the generic charges filed on August 30, 2019 which were read to Mr. Jalingo and he pleaded not guilty.

And, on Monday, the case was adjourned to November 25 for Jalingo to take a fresh plea on amended charges filed by the State on February 28, 2020. The Court also ordered that the prosecution ensure the defendant is served the amended charges and proof of evidence.

The case has received widespread criticism with Amnesty International declaring Jalingo alongside Saharareporters founder, Omoyele Sowore and Olawale Bakare as prisoners of conscience while the #OneFreePress coalition named him among the 10 most urgent cases of threats to press freedom in the world in 2019.

Jalingo was invited by the Cross River State Police command but was arrested before the interview date in his Lagos residence and driven to Calabar by road where he was locked up and chained to a freezer where he spent 35 days before he was arraigned.

The ECOWAS Court awarded NGN30 million against the Federal Government for the inhuman treatment meted on him by the police earlier this year.

Eid-ul-Maulud: Buhari Felicitates with Muslims, reassures that significant gains are being made in combating insecurity